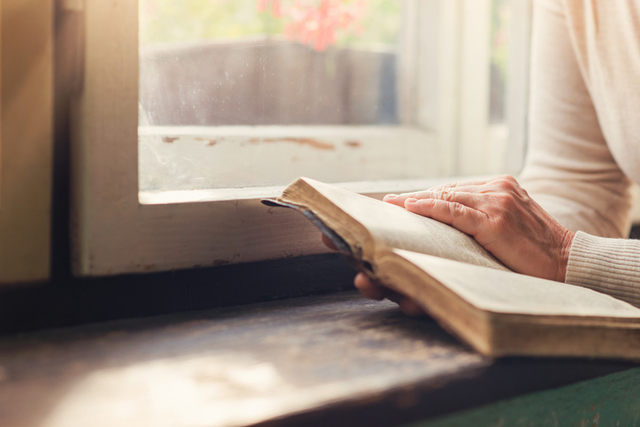 Doctrine and Covenants and Church History Lesson 13: "This Generation Shall Have My Word Through You"

Amos wrote of a time when the world would experience a famine.

“Behold, the days come, saith the Lord GOD, that I will send a famine in the land, not a famine of bread, nor a thirst for water, but of hearing the words of the LORD: And they shall wander from sea to sea, and from the north even to the east, they shall run to and fro to seek the word of the LORD, and shall not find it” (Amos 8:11,12).

Only those who have truly been hungry know the depth of gratitude for one who brings food. We are the recipients of spiritual food—the word of the Lord—delivered to us in purity from the Lord through Joseph Smith and his successors.

1. The Lord declared that the people in this dispensation would receive His word through Joseph Smith.

The vast majority of the Christian world would have accused Joseph Smith of heresy for the very suggestion that new scripture might come through him to the world. A thousand years of scholars who had no words to study but the words of the Bible had declared that the Bible contained all the divine words we would ever have. They had even tried to make such a position scriptural through the misapplication of Revelation and Deuteronomy (see Deut. 4: 2 and Rev. 22:18,19). But God had determined to speak again to the world: to correct the corrupted doctrines, to restore the true religion, to teach the truth about eternity. For this purpose, He needed a mouthpiece. He had called many men to speak for him in ages past—Lehi and Nephi and Abinadi and Samuel and Jeremiah and Obadiah. For this dispensation, for the generation of the restoration, the Lord called Joseph Smith and said to him, “This generation shall have my word through you” (D&C 5:10).

When you have a few hours, construct a list of all the things you would not know, were it not for the words that came to us through Joseph Smith. What would these words mean without his revelations? Melchizedek, Aaronic, sacrament meeting, Adam-ondi-Ahman, Nephites, Lamanites, endowment, temple work, family history, sealings, washings and anointings, priesthood blessings; the list could go on for a week. What the Lord said is true. The fundamental realities of God’s work with his children have come to us through the Prophet Joseph Smith.

2. Many ancient and latter-day scriptures have come through Joseph Smith.

It is almost impossible to overstate the value of scripture. With the presentation of the gold plates to Joseph Smith, a floodgate opened. The Lord finally had prepared the right man in the right place at the right time, and He began to reveal His will through His words in a way probably unknown in the scriptural history of the world. John Taylor wrote of him:

“Joseph Smith, the Prophet and Seer of the Lord, has done more, save Jesus only, for the salvation of men in this world, than any other man that ever lived in it. In the short space of twenty years, he has brought forth the Book of Mormon, which he translated by the gift and power of God, and has been the means of publishing it on two continents; has sent the fulness of the everlasting gospel, which it contained, to the four quarters of the earth; has brought forth the revelations and commandments which compose this book of Doctrine and Covenants, and many other wise documents and instructions for the benefit of the children of men . . .” (D&C 135:3).

Notice how Elder Taylor cited Joseph’s scriptural contributions as evidence of how much the prophet of the restoration had done for the world. Take a moment to review the scriptural treasures he gave to the world.

The Book of Mormon:

I am quite certain that we have not yet come to understand the true power of this messenger of the Atonement. Consider this statement:

“Few men on earth," said Elder Bruce R. McConkie, "either in or out of the Church, have caught the vision of what the Book of Mormon is all about. Few are they among men who know the part it has played and will yet play in preparing the way for the coming of Him of whom it is a new witness . . . The Book of Mormon shall so affect men that the whole earth and all its peoples will have been influenced and governed by it . . .There is no greater issue ever to confront mankind in modem times than this: Is the Book of Mormon the mind and will and voice of God to all men?" We testify that it is. (The Millennial Messiah [Salt Lake City: Deseret Book Co., 19821, pp. 159, 170, 179.)

And this statement as well.

“Now, my good Saints, we have a great work to perform in a very short time. We must flood the earth with the Book of Mormon-and get out from under God's condemnation for having treated it lightly.” (see D&C 84:54-58). (President Ezra Taft Benson, C.R., October 1988)

Elder McConkie offered the following insights into what the Book of Mormon is really all about: These comments come from a sermon given at BYU on 18 August 1978. After expressing his love and "reverential awe" for the Bible, he made the following five statements about the Book or Mormon:

When you have some of those special moments for meditation moments free of interruptions and calamities, take some time to reflect on what the Book of Mormon has meant to you and to your loved ones. Write a letter of testimony and gratitude to your family and friends and tell them what this book means to you.

The Doctrine and Covenants:

“God bless us all to use all the scriptures, but in particular the instrument He designed to bring us to Christ—the Book of Mormon, the keystone of our religion—along with its companion volume, the capstone, the Doctrine and Covenants, the instrument to bring us to Christ's kingdom, The Church of Jesus Christ of Latter-day Saints” (CR April 1987, Ensign 17 [May 1987]: 85).

“We have these books [of scripture] from which to obtain knowledge. Then we have the Book of Doctrine and Covenants, our Testament, which contains the most glorious, godlike, solemn and eternal truths ever recorded within the lids of a book on the earth. All these records are the words of God to man; and though the heavens and earth pass away not one jot or tittle will ever fall unfulfilled” (Journal of Discourses, Vol.22, p.331, October 8th, 1881, emphasis added).

The Doctrine and Covenants is God’s modern message to the world. Consider (mark or highlight) these phrases from the D&C 1, the preface to the book.

The D&C is the Lord’s voice, through Joseph Smith, to this generation:

Consider some of the unique contributions of the Doctrine and Covenants:

Elder Joseph Fielding Smith said: “In my judgement there is no book on earth yet to come to man as important as the book known as the Doctrine and Covenants” (Doctrines of Salvation, III, 198).

The Pearl of Great Price:

The Pearl of Great Price is one of the most remarkable books ever published. Its content is utterly unique. Its preparation and publication followed a most unusual pattern. It speaks with a power and perspective that spans all of human history.

“The Pearl of Great Price provides the knowledge that Jesus Christ is the central figure in every dispensation from Adam to Joseph Smith and including President Gordon B. Hinckley” (Joseph B. Wirthlin, “Christians in Belief and Action,” Ensign, Nov. 1996, pp.71-72).

This little volume conveys to us the testimony of Adam, Enoch, Noah, Abraham, Moses, Christ, and Joseph Smith that Jesus is the Christ, the Redeemer and Son of God.

The Joseph Smith translation of the Bible:

If Joseph Smith aroused the antagonism of the Christian world by offering additional scripture, imagine the reaction when he announced that he proposed to correct the old scriptures called the Bible. And yet he accomplished that very thing. He knew as early as 1823 that the King James Bible was not entirely correct. When Moroni appeared to him the night of September 21, he quoted several passages of the Bible, but some in slightly different ways than they appeared in the KJV. (see JS-H 1:36-41) Early in 1931 (March 7, to be precise) he was commanded to commence the work of translation of the New Testament. But he had already done some work on the Old Testament.

“And now, behold, I say unto you, it shall not be given Unto you to know any further concerning this chapter, until the New Testament be translated, and in it all these things shall be made known; Wherefore, I give unto you that ye may now translate it, that ye may be prepared for the things to come” (D&C 45:60-61).

Robert J. Matthews was a leading expert on the Joseph Smith Translation. Note the explanation from the article cited below. The whole article is worth reading.

“The Prophet’s main work of revising, correcting, or translating the Bible was done during the three year period from June 1830 to July 1833. During this time he and his scribes went through the Old and New Testaments of the King James Version and produced nearly 500 pages of manuscript, containing thousands of variant readings and new passages that clarify and enhance the message of the Bible. The eighth Article of Faith declares that ‘we believe the Bible to be the word of God as far as it is translated correctly. . . .’ The translation of the Bible by Joseph Smith shows much of what is meant by that statement” (Robert J. Matthews, “Joseph Smith’s Inspired Translation of the Bible,” Ensign, Dec. 1972, p. 61).

In addition, many revelations in the D&C are responses to questions asked by the Prophet as he translated the Bible. The process of translation must have given him the opportunity to think carefully and deeply about doctrine and about the meaning of scripture.

3. Plain and precious doctrines of the gospel have been restored through Joseph Smith.

Joseph Smith knew from his translation of the Book of Mormon that many plain and precious things were missing from the Bible. (See 1 N. 13:26, 28, 29, 35) He knew the cost of the loss of those plain and precious things. The Lord told him that their absence would cause (1) many people to stumble; (2) Satan to have great power; and (3) people to be in an awful state of blindness (see 1 Nephi 13:29, 32).

You and I have avoided those calamitous circumstances because of the restoration of the plain and precious things in modern scripture through the prophet Joseph Smith.

Try to imagine your life without any contribution or influence from Joseph Smith. How many times every day do you say or think or feel or know something because of his work. Does the Lord know of your gratitude for what His first latter-day prophet has done for you?