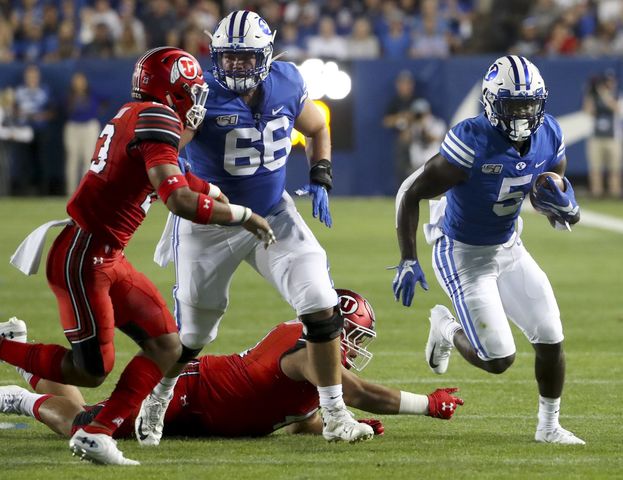 ESPN Journalist: BYU Football "Is the Most Visual Public Representation" of the Church

Thanks to www.vanquishthefoe.com for making us aware of this podcast episode.

Even after beginning the season with a ninth-straight loss against their rival football team—the University of Utah—BYU's name is being praised by ESPN.

Bomani Jones, an ESPN sports journalist, praised BYU during his podcast The Right Time for its success in football as a faith-based university.

Speaking of Liberty University, a private evangelical Christian university in Lynchburg, Virginia, and its desire to become a top 25 team, Jones shared BYU's success in simultaneously representing a university and a religion with its football program.

Noting he himself is not a religious person, Jones also shared BYU's ability to maintain a nationally recognized football team while also maintaining core religious values is something to take notice of.

"And it becomes a thing for them where if you have all these members of the Church around the country, if BYU shows in your town, there’s a good chance you’re gonna be sold out because your city has a Church of Jesus Christ," Jones shares, emphasizing this point by adding that the Church is in Harlem. "It’s been there for 15 years! On Lenox! It’s a couple of blocks north of the intersection of Malcolm X Blvd and Martin Luther King Drive! A couple blocks north, Mormons! They out there, in their short-sleeve shirts trying to talk to you about stuff. . . . My point being wherever they show up, people are going to buy tickets to watch them play football. It’s a great way to carry the brand of your message.”

Click here to listen to the podcast episode with the discussion about BYU beginning at the 22-minute mark.