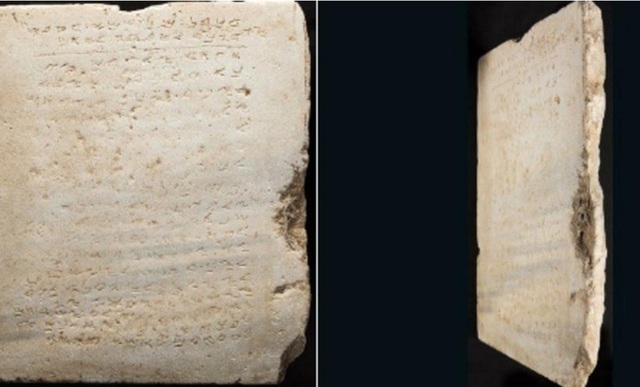 Earliest-Known Ten Commandments Tablet Sold for $850,000, with One Surprising Condition

What an amazing treasure. We're glad the public can still enjoy it for years to come!

The world’s earliest known version of the Ten Commandments recently sold at auction for $850,000, according to The Huffington Post.

The marble tablet inscription, which is believed to have originated from A.D. 300 to 830 and weighs about 115 pounds, went up for sale at the Beverly Hills auction on Wednesday.

The new owner of the tablet, who remains anonymous, bought the religious artifact under a strict condition from Heritage Auctions, The Los Angeles Times reported. "The new owner is under obligation to display the tablet for the benefit of the public,” David Michaels, who oversees ancient coins and antiquities for Heritage Auctions, told The Los Angeles Times. "The sale of this tablet does not mean it will be hidden away.”