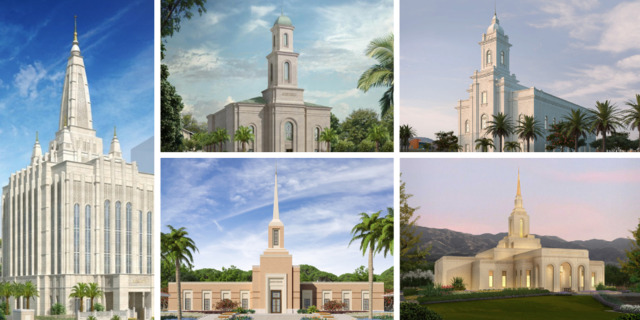 Elder Bednar said 18 temples would start construction in 2020. As of this morning, we know all of them and then some

Amid announcements of a new proclamation, a Church symbol, and eight new temples, one announcement during April 2020 general conference may have flown under the radar.

“This year we will break ground and start construction on 18 temples,” Elder David A. Bednar said in his general conference address. “In contrast, it took 150 years to build the first 18 temples, from the organization of the Church in 1830 to the dedication of the Tokyo Japan Temple by President Spencer W. Kimball in 1980.”

With an announcement on Thursday evening of three more temples to break ground in 2020 and another announcement on Friday morning of two more temple groundbreakings, the original announcement has been surpassed, with a total of 21 temples announced to start construction this year.

Following April general conference, Deseret News religion reporter Tad Walch shared in his newsletter, Church Beat, “The Church hasn’t come close to breaking ground on so many temples in any year since the turn of the century. To put it in perspective, this would be the second-biggest year of temple starts in Church history. In fact, beginning construction on 18 new temples this year would be just one less than the combined total of temples started over the previous four years.”

My free weekly Church Beat newsletter about the @Ch_JesusChrist is hitting inboxes now. This week's newsletter focuses on the graphic below. If you're interested in #latterdaysaints news and information and would like to receive Church Beat, click here: https://t.co/86nypLvvut pic.twitter.com/C7OW2QSGx6— Tad Walch (@Tad_Walch) April 16, 2020

The COVID-19 pandemic delayed dedications for the Rio de Janerio Brazil, Washington D.C., and Winnipeg Manitoba temples. It also closed temples which are now reopening in phases. But certainly, when we look back on 2020, one bright spot will be the new temple starts. As Walch previously noted, more temples will begin construction in 2020 than in the last four years combined.

► You may also like: President Nelson on the difficult decision to close temples: ‘What would I say to the Prophet Joseph Smith?’ 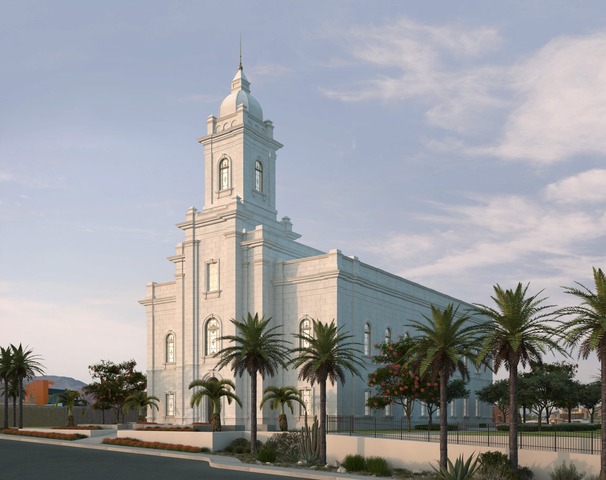 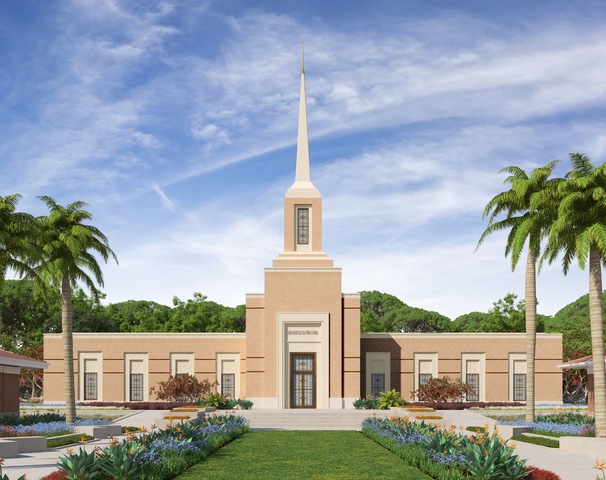 According to Newsroom, while in Zimbabwe in 2018, President Russell M. Nelson said, “You deserve a temple here in Harare because that’s where we get the highest of all the blessings that God can give to His faithful children. I want to be here to see that happen.”

By the end of this year, 35 temples will be under construction. Eight of the 168 operating temples are also currently under renovation.

Here’s a quick overview of the 21 temples that have started construction or will break ground in 2020.

The Richmond Virginia Temple started construction early this year. According to Newsroom, the temple will be a two-story building of just over 36,000 square feet. Temples of The Church of Jesus Christ of Latter-day Saints (not an official Church site), shared an update on construction in September.

On June 4, Elder Evan A. Schmutz, Philippines Area President, presided at the groundbreaking ceremony for the Alabang Philippines Temple. According to Newsroom, the temple will be the fourth temple in the Philippines and the third temple in the same metropolitan area as another operating temple. Watch a video of highlights from the ceremony below.

The 38,000-square-foot Feather River California Temple will be the eighth temple in California. Construction began on this sacred edifice on July 18. Elder Paul H. Watkins, Area Seventy, presided at the event. Watch the groundbreaking ceremony below.

► You may also like: What I learned at the Orem Utah Temple groundbreaking that will forever change my temple worship

On the same day the Orem temple broke ground but about 3,000 miles away, the San Pedro Sula Hondruas Temple also broke ground. This will be the second temple in the country. In 1980, there were only 6,300 members in the nation. Now there are more than 180,000 according to Newsroom. The ceremony is available for viewing on Newsroom (Spanish).

Just last Saturday, September 26, ground was broken for the Brasília Brazil Temple. This will be the 10th temple in the country, which has more than 1.4 million Latter-day Saints, according to Newsroom.

Here’s a look at the other temples announced to break ground in 2020. Follow the links to learn more about each temple. Temples are grouped into months and listed alphabetically.

With 175 separate entries, this volume explores a variety of these rich symbols and truths regarding ancient and modern temples. Listed in alphabetical order for convenient references, the entries deal with a broad range of categories, including temple architecture, rituals and ordinances, sacred clothing, sacrificial offerings, geometric symbols, colors, heavenly bodies (sun, moon, stars), prayer, and revelation, sacred names, religious festivals, and more. This thorough yet accessible collection allows each of us to gain a greater understanding of valuable symbols, enriching our temple experience and giving each of us a clearer vision of the many ways our temple worship points us toward Jesus Christ. Available now at DeseretBook.com.