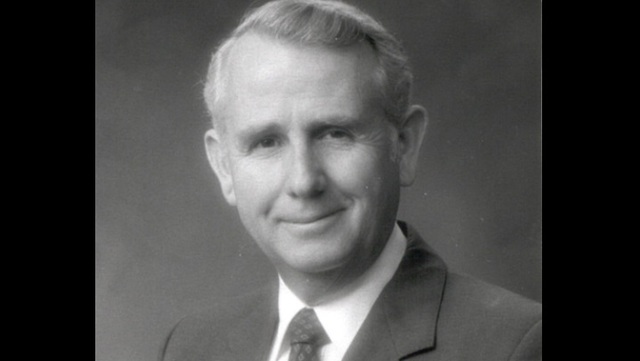 We are praying for Elder Lasater's family.

The Church’s first retired Air Force general and F-4 fighter pilot by profession to serve as a General Authority has died at the age of 85.

Sustained as a General Authority Seventy on April 4, 1987, at age 55, Elder Lasater served in that capacity for five years until his release on Oct. 3, 1992. He was called by President Ezra Taft Benson, and served in various assignments in that calling.

“My military and Church assignments have just blended over the years,” he told the Church News in an article published on April 25, 1987, not long after his call to serve as a General Authority. “They seem to have gone hand in hand. In fact, I can truthfully say that my Church activity and assignments have enhanced my success in my chosen profession. I enjoyed my military career, but I felt there was something else I should be doing so I voluntarily retired. I never dreamed of anything like this calling. However, as Nephi said to his brothers, ‘I will go and do the things which the Lord hath commanded.’ ”