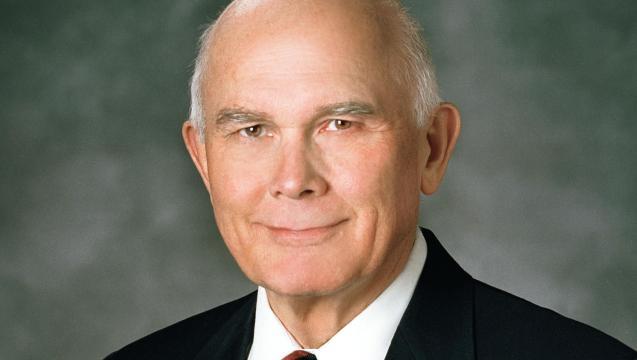 Elder Oaks emphasizes the importance of religious freedom to society

In a landmark address today to the Chapman University School of Law, Elder Dallin H. Oaks of the Quorum of the Twelve Apostles of The Church of Jesus Christ of Latter-day Saints affirmed the importance of the free exercise of religion and called for people to work together to protect this First Amendment right. “It is imperative that those of us who believe in God and in the reality of right and wrong unite more effectively to protect our religious freedom to preach and practice our faith in God,” he said.

Elder Oaks outlined the positive impact religion has had on society.

“In our nation‘s founding and in our constitutional order, religious freedom and its associated First Amendment freedoms of speech and press are the motivating and dominating civil liberties and civil rights,” Elder Oaks said. This freedom is founded upon “religious principles of human worth and dignity” that protect the conscience of all individuals. He further emphasized that “only those principles in the hearts of a majority of our diverse population can sustain that Constitution today.”

Elder Oaks stated that religious values and political realities are “so interlinked in the origin and perpetuation of this nation that we cannot lose the influence of religion in our public life without seriously jeopardizing our freedoms.”