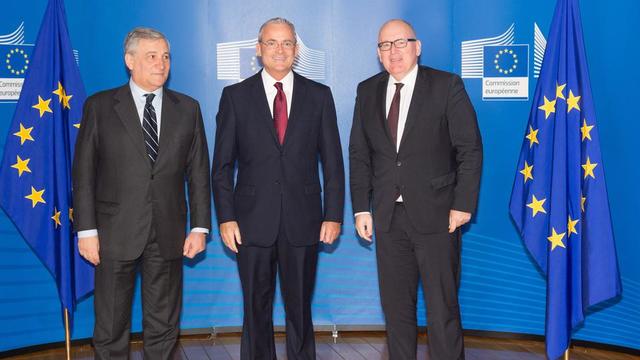 Elder Patrick Kearon at European Union Summit: Being a Refugee Does Not Define Who These People Are

"We must be careful that news of the refugees’ plight does not somehow become commonplace when the initial shock wears off and yet the wars continue and the families keep coming," Elder Patrick Kearon said in his April 2016 general conference address. "Millions of refugees worldwide, whose stories no longer make the news, are still in desperate need of help."

As part of the ongoing European Commission dialogue with churches and religious organizations, this year’s high-level meeting was hosted by Frans Timmermans, First Vice-President of the European Commission, and was attended by several EU officials. This year marks the third year in a row that a representative of The Church of Jesus Christ of Latter-day Saints has attended since the Church opened its office in Brussels in 2013.