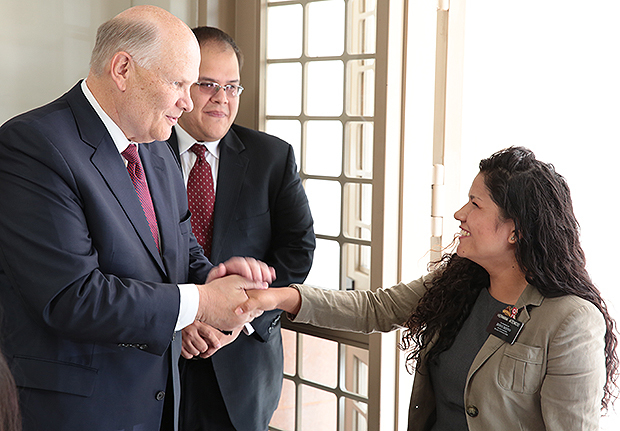 Elder Renlund Meets with the President of Peru, Elder Cook Praises Members and Missionaries in Guatemala

Following the recent travels of two apostles to Central and South America, Elder Renlund and Elder Cook praised the members and missionaries in Guatemala, Columbia, and Peru.

On August 11, Elder Dale G. Renlund traveled with Elder L. Whitney Clayton, Sister Renlund, and Sister Clayton for a 12-day trip to Columbia and Peru to visit and minister to members, missionaries, and local leaders.

Elder L. Whitney Clayton, who is the senior president of the Presidency of the Seventy, spoke highly of the Area Seventy leaders in the South America Northwest Area. "They are doing a marvelous job in helping the Church grow," he told Church News. "They help keep the Church on track."

With new temples announced in Barranquilla, Columbia, and Arequipa, Peru, as well as a second temple announced in Lima, Peru, the Church in South America is growing like Elder Melvin J. Ballard prophesied in 1925.

"The credit goes to the members—and also to the missionaries who have labored year after year to do good," Elder Renlund told Church News. "They have done things in just the right way." 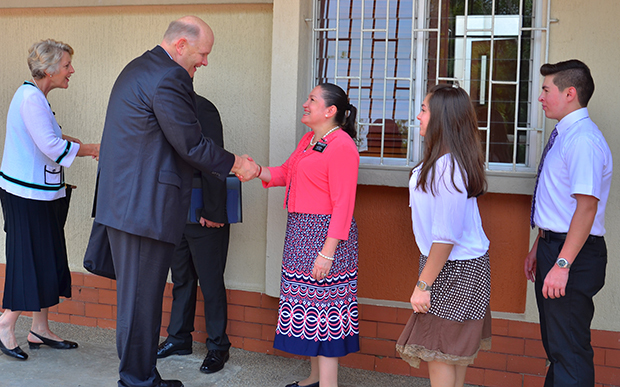 In an attempt to visit as many members and missionaries as they could, Elder Renlund presided at countless conferences, trainings, and devotionals for members, missionaries, and youth. One of the highlights for Elder Renlund is meeting with missionaries.

"Meeting with the missionaries is never a hardship—it’s a priority," Elder Renlund said.

"It is invigorating. It is inspiring. It is strengthening in every way to see the young missionaries, the senior missionaries, and the mission presidents and their companions serving with such vigor and doing so well as they love the people and bring them the gospel."

Not only did Elder Renlund and Elder Clayton visit missionaries, but they met with local leaders in Peru and Columbia, including the Peruvian president, Pedro Pablo Kuczynski, and the Archbishop of Arequipa, Monsignor Javier del Rio.

About meeting with local leaders, Elder Renlund said, "We were greeted with great hospitality and graciousness."

Elder Renlund had only good things to say about the members as well. "The gospel has taken hold in Peru, and it is being beautifully transmitted from generation to generation with a real focus on the temple," he said.

In Central America, Elder Quentin L. Cook traveled with Elder Craig C. Christensen of the Presidency of the Seventy on August 18 to speak and visit with the members and missionaries in Guatemala. With six temples in the region, members in Central America have more opportunities than ever to attend and serve in the temple.

After presiding at a mission president seminar in the Central America Area, Elder Cook addressed 9,500 youth across Central America in a broadcast from the Montufar meetinghouse in Guatemala City.

Elder Cook told Deseret News, "[The members] are increasing in family history work and submitting those names." He was also quick to praise the leaders in the Central America Area of the Church, saying, "The unity in the Area Presidency is a marvelous blessing to the area."

Elder Christensen commented on the safety of the missionary program in Guatemala. He told Deseret News, "Missionary work is progressing nicely and we expressed appreciation to each couple and extended that appreciation to all members and missionaries in the area."

Like Elder Christensen and Elder Renlund, Elder Cook spoke highly of the missionaries and members. He reported that missionaries in Guatemala "are treated with great respect."

"Each time I have the opportunity to visit with missionaries and members of the Church around the world," he said, "I return home with a profound gratitude for the tremendous service the missionaries are rendering in the many countries where the Church is established. My recent visit to Central America was no different."

Read the full stories at lds.org and Deseret News.