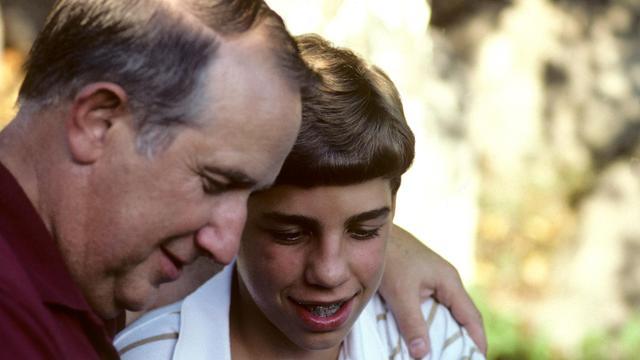 On Monday, September 28, hundreds gathered together at the Tabernacle on Temple Square to celebrate the life of Elder Richard G. Scott.

Among the many memories, tears, and laughs, there were quite a few unexpected stories shared about Elder Scott--stories that highlighted his vibrant and quirky personality, his sense of adventure, and his love for others and especially his Savior. Here are just a few of the stories and quotes shared about this remarkable Apostle of God.

The first speaker at the funeral service was his son, Michael W. Scott, who spoke of his father's great love of adventure and traveling. He said:

“He loved to go exploring. His idea of a perfect vacation was packing all of the kids and gear into a small Datsun station wagon and crisscrossing the country. He loved to get off the beaten path. There were many times we got stuck in the mud or high-centered on bumpy back roads and needed to get rescued. I can’t recall ever having a hotel reservation on any trip that we took."

He also shared a story about the time his father was traveling with several other brethren in New Zealand. His father “loved the water and found true delight in swimming in rivers, lakes, and oceans all over the world.” So when they all stopped to admire a "beautiful river with crystal clear water,” Elder Scott couldn’t help himself:

“Dad jumped into the river—suit and tie and all. He simply couldn’t pass up a refreshing swim in such a beautiful place.”

Elder D. Todd Christofferson, who served as a missionary for two of the four years Elder Scott was the mission president of the North Argentina Mission, shared many sweet memories of Elder Scott as a mentor. Among them was this rather unexpected, though humorous story of when he took two missionaries to a remote winery in the countryside.

"Once on a trip with President Scott, he turned off the highway onto a narrow road that led to a winery. He told my companion and me to wait in the car while he went in and bought something. I began to wonder where a missionary goes to report that his mission president has taken up drinking! He came back with a box of what looked like wine bottles, and with a mischievous smile that betrayed how much he was enjoying our discomfort, told us this was the best grape juice ever made. . . . I never figured out how he knew that rather remote winery existed and that they made pure grape juice on the side, but then, he was always resourceful.”

Elder Scott's  legendary compassion, his humor, and his hard-earned insights had a way of connecting to all of those he met. As Elder Christofferson said:

"His footsteps are everywhere. I'm amazed that one man could reach so many.  I sometimes wonder did he ever sleep? Did he ever eat? Did he ever sit down, except to teach?"

Later in the funeral, President Russell M, Nelson shared that, though Apostles are not often called on assignments together, he was privileged to fulfill several with Elder Scott over the years. "Well do I remember when we went to central America together in April of 1990," he recalled. He talked about the way Elder Scott taught the missionaries and members in the Spanish language, and did so with authority.

He went on to say, "We went to the countries of El Salvador and Nicaragua at a time when civil unrest and many travel restrictions prevailed." They had been authorized to dedicate those two countries "if feasible." "While sounds of gunfire were clearly audible," said President Nelson, "we dedicated El Salvador on the veranda of a private home."

Two days later, they decided to attempt traveling to Nicaragua, just long enough to dedicate that country. Despite a lack of visas, reservations, appointments, and local currency, they moved forward with faith. Miracles happened as transportation was secured and other normal requirements waived.

When they finally arrived in Nicaragua, they made their way to Messiah National Park. Despite the fact that the park was closed for holy week, President Nelson recalls:

"At his persuasive best, Elder Scott importuned the guard to let us enter in order to pray. Permission was granted. There we knelt together while Elder Scott dedicated the country of Nicaragua in the Spanish language."

President Monson also shared his insight and testimony to those of the other speakers, sharing this final, powerful thought:

"We know where Richard G. Scott is . . . Richard, our cherished friend, we've loved you here, we will love you there."