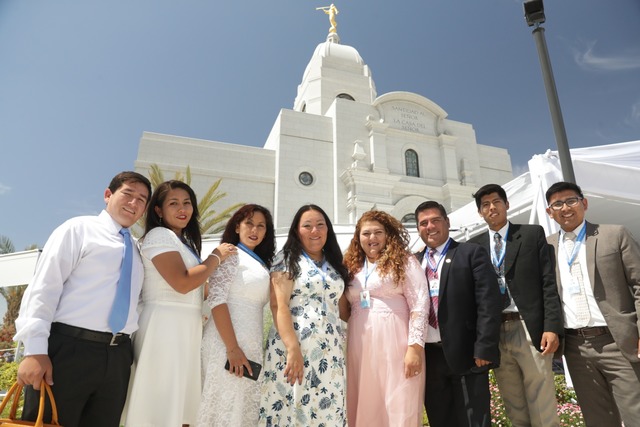 Today, Elder Ulisses Soares of the Quorum of the Twelve Apostles dedicated the country's third temple in Arequipa, Peru.

“I can’t find the words to describe the overflowing joy and gladness in my soul,” said Ticona Alan Vargas, a local stake president, according to Church News. “I have never felt anything like this in my 15 years of membership in the Church.”

During the dedication, Elder Soares taught of the blessings that come from temple attendance and how the temple can act as a refuge during life's trials.

“As our minds expand on what the Lord has in store for us, we become more resilient and more willing to endure," Elder Soares said, according to Church News.

Prior to the dedication of the Arequipa Peru Temple, members of The Church of Jesus Christ of Latter-day Saints traveled north to the Lima Peru Temple to participate in ordinances.

Elder Enrique R. Falabella, General Authority Seventy and President of the South America Northwest Area, knows the sacrifice of not having a temple close by. When he was a child living in Guatemala, the closest temple was in Arizona. Despite the distance, he and his family traveled to the Mesa Arizona Temple. He sees similar devotion with the members in Peru.

“The members have demonstrated their faith, traveling 14 hours to visit the temple in Lima," Elder Falabella said, according to Church News. "Their sacrifices have now been rewarded. The Lord has blessed them with His home near their homes.”