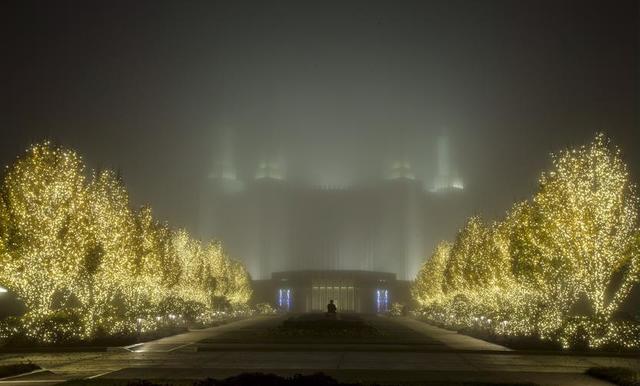 As the festive glow of Christmas lights illuminates Temple Square in Salt Lake City this holiday season, another kind of Christmas celebration began Nov. 29 at the Washington D.C. Temple and Visitors’ Center.

Elder Gary E. Stevenson of the Quorum of the Twelve Apostles joined His Excellency Kenichiro Sasae, ambassador of Japan, to officially open the Festival of Lights at the Washington D.C. Temple and Visitors’ Center on Nov. 29. Together they switched on more than 650,000 lights around the temple grounds and encouraged dignitaries from the diplomatic corps, government, business and diverse religious faiths to reflect that glow by becoming personal beacons of light and hope.

A popular Christmas tradition in the nation’s capital, the festival draws more than 90,000 visitors to nightly musical performances and displays including 85 international Nativity scenes, trees decorated with dolls from around the world and a life-sized Nativity outdoors.