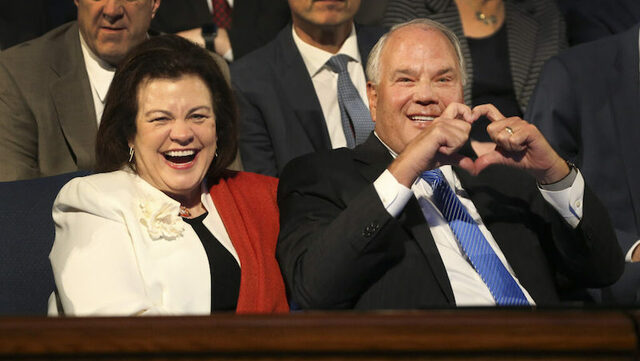 Editor's note: This story was originally published on June 24, 2020, and has been updated to reflect new information.

The young adults of The Church of Jesus Christ of Latter-day Saints have been invited to a live Face to Face broadcast with Elder Ronald A. Rasband of the Quroum of the Twelve Apostles and his wife, Sister Melanie Rasband.

The Face to Face will be broadcast from the Church's Motion Picture Studio Campus in Goshen, Utah, on a set replica of ancient Jerusalem, Newsroom reported. Previously, the event was scheduled to be held in the Sacred Grove in Palmyra, New York, but the broadcast venue has changed due to COVID-19 travel restrictions. 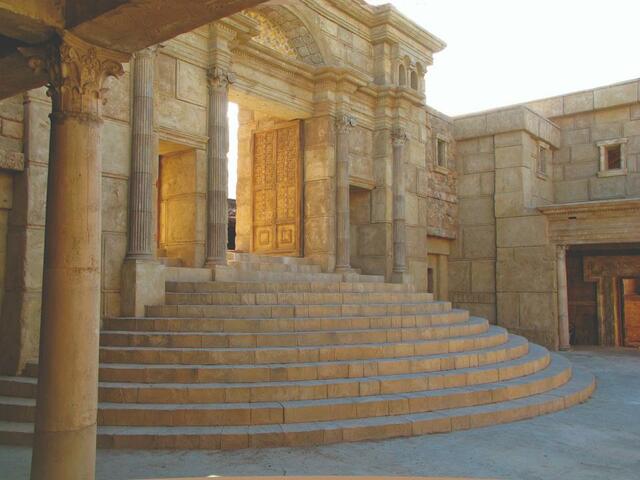 Elder Ronald A. Rasband and Sister Melanie Rasband will speak at a young adult Face to Face event in September at the Church’s Motion Picture Studio Campus in Goshen, Utah, on a set replica of ancient Jerusalem.

► You may also like: Countdown to Conference: 'Ponder the New Proclamation' with this free daily study guide

In a Facebook post, Elder Rasband spoke about the difficult times the world has been experiencing and how the timing of the proclamation is no coincidence.

“My dear young adult friends, like you, I have felt the effects of our world’s difficult circumstances during the last few months. In these difficult times—and always—the answer is our Savior, Jesus Christ. His atoning sacrifice enables us to access His power, which can give us strength to endure,” he said. “I also know that the timing of President Russell M. Nelson’s announcement of 'The Restoration of the Fulness of the Gospel of Jesus Christ: A Bicentennial Proclamation to the World' and the events of our world are not a coincidence. If you have not yet taken the opportunity to study this proclamation, I encourage you to study it. Ponder your questions about the Savior and the Restoration of His gospel.”

Elder Rasband asked young adults ages 18 to 30, both single and married, to study the proclamation and to ponder how the gospel of Jesus Christ can help in overcoming challenges in today’s world. He also invited attendees to come to the event with a question that they have been pondering.

“We hope young adults will watch this event with questions in their hearts,” said Elder Rasband. “Joseph had a question in his heart, and he received a world-changing answer from within the Sacred Grove when he studied, acted, and prayed in faith. As young adults seek and knock, they will receive answers as well. The Spirit can help answer what Sister Rasband and I cannot.”

Elder and Sister Rasband also encouraged young adults to use the Face to Face as an opportunity to share the gospel with their friends who are not members of the Church. The event will be broadcast on Sunday, September 13 at 6:00 p.m. (MDT) and will be transmitted in 15 different languages.

Young adults may submit questions they have prior to the event at Face2Face.ChurchofJesusChrist.org or they may leave a question related to the proclamation or the Restoration in the comment section of the Apostle’s Facebook post. They are also invited to share their thoughts about the event using the hashtag #sacredgrove.

Featured image: Elder Ronald A. Rasband and Sister Melanie Rasband prior to a devotional at the Marriott Center in Provo, Utah on Tuesday, January 21, 2020. Credit: Jeffrey D. Allred, Deseret News

Face To FaceFace To Face,
Comments and feedback can be sent to feedback@ldsliving.com