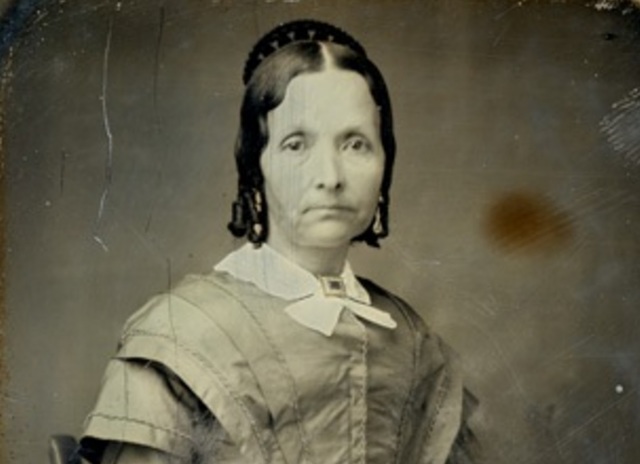 Eliza R. Snow As a Victim of Sexual Violence: What One Historian Learned

Recently, at a Mormon women's history conference held at Brigham Young University, historian Andrea G. Radke-Moss revealed sources that could verify a hard truth that until that time had only been speculation among historians: while in Missouri, Eliza R. Snow was raped.

Though shocking, Radke-Moss explains that these accounts were revealed not to garner attention or in any way change our image of this strong Mormon leader, but to show everyone, particularly those who have experienced similar violence, that victims are not to blame. The violence they endure reflects nothing on their characters. They are beloved children of God, and they can and will contribute great things to our Church.

Radke-Moss shared, "I worried, even agonized over revealing this brutal part of her past, that those who cherish her memory would consider her identity somehow changed by this. I am mindful of those who think I was wrong to reveal this at all, but I stand by what I did. If we seek to conceal this crime against her out of some kind of protective impulse, I believe that we are perpetuating the idea that rape brings shame to its victims. "

She, like those who recorded this crime in the past, wanted to show "how an important Mormon leader and the most famous Mormon woman was able to overcome a violent crime and still make a successful life."

Perhaps you have heard or read that I gave a talk called “Beyond Petticoats and Poultices: Finding a Women’s History of the Mormon-Missouri War of 1838” at the Beyond Biography: Sources in Context for Mormon Women’s History conference at Brigham Young University.  My paper sought to address the history of how women experienced the violence in Missouri, particularly as victims of sexual violence.  As part of that research, I examined the case study of Eliza R. Snow as a possible victim of a gang rape that might have left her unable to have children.  I looked at a few of the rapes and attempted rapes in Missouri, recalled by various witnesses, legal testimonials, and personal accounts, with a discussion of why women are not specifically named in most sources. The scarcity and limitation of sources has presented historians with the difficulty of uncovering a history of sexual violence in Missouri, and of identifying actual victims. So I concluded with an examination of a primary source that amazingly came to me only three weeks prior to the conference, via a colleague who received it from a member of the family where the source is held. That source gives a description of Eliza’s rape, and its larger meaning in Snow’s life and possible motivations for her polygamous marriage to Joseph Smith.

The case of Eliza R. Snow has received considerable media attention in the last four days, and has invited many questions from those who have read the brief report in the Salt Lake Tribune and other outlets. A brief newspaper report, while introducing readers to this information, could not possibly address the larger history, context, and methodology I offered in my paper.  So, to that end, this post is meant to respond to those questions in brief, while also opening an important and ongoing conversation about the history of sexual violence in Church history, and the particular case of Eliza R. Snow.