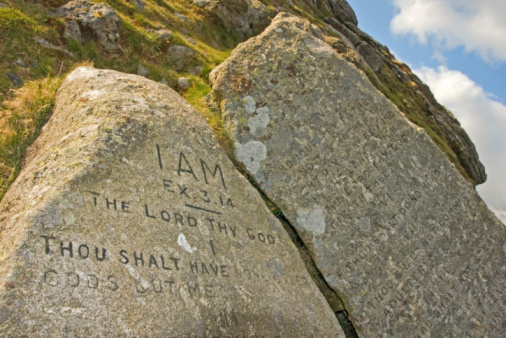 Conference Talk:
For more information on this topic read “What Have You Done with My Name?,” by Mervyn B. Arnold, Ensign, Nov. 2010, 105.

Scripture:
Consider on the blessed and happy state of those that keep the commandments of God. For behold, they are blessed in all things, both temporal and spiritual. (Mosiah 2:41)

Invite family members to share the most valuable thing they have ever lost and what it meant to them to lose it. Have you ever been able to replace it? Read together Alma 37:15–17 and ask:
• What would Helaman have lost for disobedience?
• Why would losing these sacred records change the world today?
• Why would it have been difficult to replace them?

Story:
Valentina is a senior citizen [in Ukraine] who had drunk strong coffee for several years as a prescription from her doctor for a health condition. When she was preparing for baptism into The Church of Jesus Christ of Latter-day Saints, Valentina read of the Word of Wisdom and what it said about coffee. She returned to her doctor and asked if there might be a prescription that would permit her to take something other than coffee for her condition. The doctor said that he knew of nothing available and that if that were true she should continue drinking the coffee. She scoured the woefully depleted pharmacies throughout the city and found that there were no other stimulants available that would meet her needs.

Valentina might have concluded that in the absence of other remedies she was justified in taking coffee purely for medicinal purposes, as her doctor prescribed. It troubled her, however, to fail to fulfill anything given of the Lord. “I don’t want to miss any of the spiritual blessings the Lord has promised in this revelation. I want to be an example to my family, who are all unbelievers. How can I do that if they see me drink coffee each day?”

After prayerful consideration, Valentina approached the missionaries who had taught her the gospel. “If you will give me a blessing through the priesthood, I believe Heavenly Father will take away my health problems. Whatever his will might be, however, I have decided that I will never drink tea or coffee again. I trust in the words of our Savior.”

Valentina received a wonderful blessing, promising her health and spiritual gifts through her faith. She was then baptized, and immediately her health problem disappeared. She has often publicly borne her testimony about this experience and of the spiritual and temporal blessings that the Lord granted her through obedience to his commandments.

Activity:
Players arrange their chairs in a circle. One player, called the lawgiver, stands in the center. As he gives the laws, the other players obey. If they are not alert they will disobey the law, and the lawgiver can take their chair. The disobedient player, then becomes “it.”

Use laws similar to the following list, or use some of your own. The laws should be given in rapid succession so that the players must keep alert.

Stand up.
Sit down.
Stand on the left foot.
Move two chairs to the right.
Move one chair to the left.
Move to the third chair on your left.
Lift both feet off the floor.
Turn around.
Raise both arms.

Heat the cream cheese in microwave for 1 minute or until hot and soft. Add the rest of the ingredients (except the bread) and mix well. Cut the grilled pita bread into 8 triangles per slice. Serve the dip hot with the sliced grilled pita bread or tortilla chips.