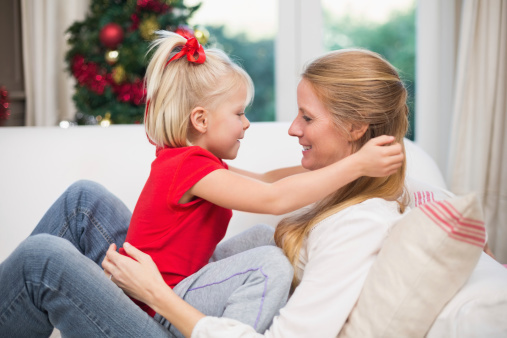 I'd like us to turn our thoughts and our attitudes away from the troubles around us and to focus instead on our blessings as members of the Church.

Have each family member make a list in their journals titled "Three things that make me happy." Take turns sharing the lists. Ask your family why they enjoy these things. Have everyone scan through 2 Nephi 11:4–7 and find the phrase that Nephi uses four times to express what makes him happy. Have family members write things in which Nephi delighted next to their "happy list" and discuss how Nephi's list compares with the lists made by family members. Ask why the doctrines on Nephi's list would help make a person happy. When have you experienced happiness because of one of Nephi's teachings?

Several years ago, I had a dear friend give me some money to give away. I went to the bank and got "brand new" money, a total of $400. I put it into eight different envelopes, each containing a $20 bill, two $10's, and two $5's. Then I put a note in with each one:

"MERRY CHRISTMAS! Yes, this is money. Real money. Not much . . . but a little extra to help you have (it is hoped) a happier holiday. The one who shares wishes to remain anonymous but sends along a wish that the coming year will be one of the best ever for you and those you love. NUMBERS 6:24-26 - 'The Lord bless thee, and keep thee: The Lord make his face shine upon thee, and be gracious unto thee: The Lord lift up his countenance upon thee and give thee peace.' He lives. He loves you. Joy to the world! Again, MERRY CHRISTMAS!"

Next I called two of my nieces. Katie had just turned sixteen and Tina was almost thirteen. I asked, "What are you doing Friday afternoon?" This was just a few days before Christmas. Each was free, so I said I'd pick them up around 1:00 P.M., and we were going to go have a Christmas adventure. They were so curious and excited.

I picked up Tina first, and then we went to get Katie. I showed them the decorated envelopes and had them look to see what was inside and asked them to read one of the notes. Then they really started to get excited!! I told them a kind person had donated this money, and we were going to help her give it away to some people who needed an extra something at Christmastime. Next I asked them where people went to shop for groceries who had to pinch pennies, who had to shop very carefully and didn't have extra money to spend. After some thought, they named a store, and I said, "That's where we're going."

I explained that each of them would have four envelopes to give away to someone who needed what was inside. Their eyes were getting a bit tear-filled by this time! We talked about "criteria," and they came up with great ideas, such as looking for people who were buying basics rather than the more expensive prepared foods, and people who were using a list, and parent who had children with them, and so on.

Eventually we also decided that the best thing we could do was to ask Heavenly Father to help us find those who needed the most help. So we had a little prayer before leaving. We talked about what they should say when they gave the envelope to someone. We realized that unless they said something, the person might just think it was an ad or a promotion, and they might throw it away! So they decided to say something like "You've been chosen to receive a little extra something for Christmas, and we hope what's inside this envelope will make your holidays even happier. God bless you." Isn't that good?

We got to the designated store and parked in the nethermost parts of the parking lot and began wandering around. Katie spied our first "mark." It was a woman just coming out.  She had a basket full of necessities and two children, with two other children running beside her. One of the little ones in the basket was screaming her head off, and the mother was trying to push the basket while calming her baby. Katie went up to her (while Tina and I hid behind a car) and handed her an envelope and said her little part, and then came back to us. The mother looked kind of puzzled and then smiled and continued to her car. And that was the beginning of our beautiful, unforgettable Christmas adventure.

Sometimes we would go inside the store and sit on a bench where we could watch people checking out. We were all praying in our hearts, of course. Tina found one woman who had a cast on her leg and was giving directions to her children from a wheelchair.

Katie spied a young mother, who was on a bench near the front doors of the store. She had a basket with very little in it, and she had six children gathered around her, probably six, five, four, three, two, and one (that's how old they looked). She was giving each of them a bag to carry. One had two loaves of bread. From what we could tell, it seemed she had only purchased what she really needed, and only what they could carry. Katie approached her and gave her the envelope and shared her little message. Then the three of us hid behind one of the posts near the entrance of the store where we could watch without being discovered. This sweet mother looked at the pretty envelope for a while, and then carefully opened it. She took the note and the money out and sat looking just stunned, as if she couldn't believe it. Carefully she put everything back in the envelope and then looked up at us. We quickly hid. She started after us! We started to run! She called out, "Stop right where you are!"

She approached us, fighting her tears. She hugged each of us and kept saying, "Thank you, oh, thank you. You don't know . . . you have no idea . . ." And then she turned and went away. We just stood there, wiping our tears and feeling quite overcome with feelings of love and the sweet joy that comes with sharing.

Well, we eventually gave away all eight envelopes, and we had incredible feelings in our hearts. Afterwards we went to Katie's bedroom and had a thank you prayer. Heavenly Father was so good to us on that beautiful Friday afternoon. The three of us still talk about that special Christmas adventure we shared.

Do an activity on one of your family member's "happy list."

First Layer: Prepare cake mix as directed on package. Bake in 2 well-greased round baking pans. After cake is cooled, break one round of cake into 2- to 3-inch pieces. (Reserve other cake round for another purpose or a second trifle.) Place cake pieces in the bottom of large glass compote or bowl. In a saucepan, dissolve strawberry Jell-O in 2 cups boiling water. Cool. Refrigerate until thick and syrupy. Stir in semi-thawed strawberries. Pour over cake pieces. Refrigerate for about 1 hour or until firm. Cover with fresh strawberry slices.

Second Layer: Prepare vanilla pudding according to package directions, but using only 2 cups of milk. Pour over strawberry Jell-O and sliced strawberries. Refrigerate for 30 minutes or until firm.