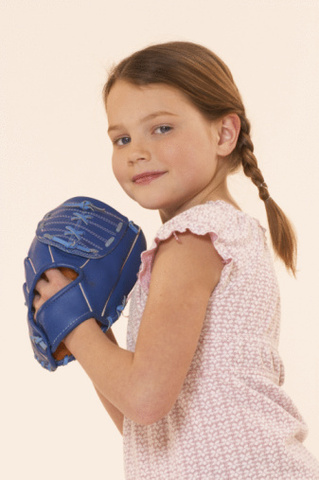 Thought:
The Holy Ghost is manifested to men and women on the earth both as the power and as the gift of the Holy Ghost. The power can come upon a person before baptism; it is the convincing witness that Jesus Christ is our Savior and Redeemer. Through the power of the Holy Ghost, sincere investigators can acquire a conviction of the truthfulness of the Savior’s gospel, of the Book of Mormon, of the reality of the Restoration, and of the prophetic calling of Joseph Smith. The gift of the Holy Ghost is bestowed only after proper and authorized baptism and by the laying
on of hands by those holding the Melchizedek Priesthood.

Scripture:
But the Comforter, which is the Holy Ghost, whom the Father will send in my name, he shall teach you all things, and bring all things to your remembrance, whatsoever I have said unto you. (John 14:26)

Object Lesson:
Invite a child to come up and help. Tell the group you are going to whisper something important to them. Give the child the can and spoon. Instruct her to bang on the can as you whisper to the group. Very softly, whisper, “The Holy Ghost is a wonderful friend. He wants to help you return to Heavenly Father.”

Ask if it was hard for the group to hear you. Explain that the inspiration of the Holy Ghost is often like someone quietly whispering. Sometimes we may need to go to a quiet place and ponder or think about the guidance we need.

Brainstorm: Encourage your group to share things that might keep us from hearing the Holy Ghost. Discuss ways to eliminate those distractions.

Story:
Amy was in the fourth grade. It was springtime, and every day after lunch she would play softball with the other children. Some of the children liked to make fun of her. They teased her when she tried to hit the ball, run, or catch. This hurt her feelings, and she began to say mean things to them. Each day her problem seemed to get worse.

After school one day, Amy talked to her mother about what was happening at school. Her mother comforted Amy, but she also reminded her that the Holy Ghost was there to help her too.

Amy thought about that all afternoon. That night as she prayed she told Heavenly Father about the problem, and she asked for the Holy Ghost’s help. As she knelt quietly beside her bed, she was reminded of the mean things she had said to the other children. (Ask: Who reminded her of things she should repent of? The Holy Ghost.) She felt sad, and she told Heavenly Father how sorry she was. She promised him she would not act that way again.

The next day, as the children played softball, the teasing began again. Once, Amy nearly said something rude in return, but suddenly she remembered her promise to Heavenly Father. (Ask: Who helped her remember her promise? The Holy Ghost.) It took a lot of strength, but she treated everyone kindly, even the children who were being mean to her.

Day after day the children kept teasing Amy. She continued to pray for the Holy Ghost to help her. One day as she began to go on the softball field she had a feeling she shouldn’t play ball that day, so she went to the playground and played by herself on the swings. It was a little lonely.

The following day Amy once again felt that she shouldn’t play ball. She went over to the swings. This time there was another girl swinging too. After a few minutes, Amy thought she should talk to the girl. She said hello and asked her what her name was. The other girl’s name was Stacy, and her family had just moved into town. Amy found out that she was in the other fourth grade class. Amy and Stacy became very good friends. (How did the Holy Ghost help Amy to make a new friend? The Holy Ghost prompted her not to play ball. The Holy Ghost also prompted her to talk to the new girl.)

Activity:
The object is to blow out a candle which rests on a table.

A player is blindfolded, moved back three steps, and turned around. He may take three steps before blowing.

It is hard to reach goals if you attempt to do it blindly. The Holy Ghost helps you find your way.

Refreshment:
Parmesan Biscuits
Preheat oven to 450 degrees. Whisk dry ingredients together in a medium mixing bowl. Cut the shortening into the flour mixture with a fork or pastry cutter until it forms coarse crumbs the size of a pea. Combine egg and milk in a small bowl. Mix well, and add to the flour mixture. Stir with a fork until it clings together. Turn dough out onto a floured surface and knead 1 minute. Using a rolling pin, roll out to about 3⁄4-inch thickness. Use a biscuit cutter or a round glass to cut dough into biscuits. Gather dough scraps into a ball and roll out again to make more biscuits. Roll each biscuit in melted butter. Put Parmesan cheese in a small bowl and roll buttered biscuit in cheese. Put biscuits on a large cookie sheet and bake for 10 to 12 minutes.