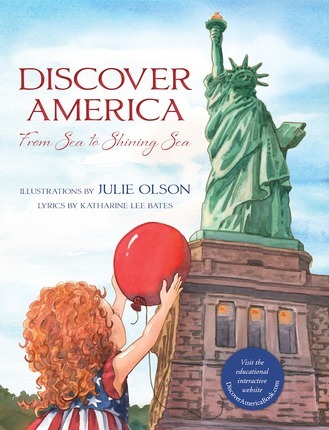 "Let us be bold enough and strong enough to build this great community for the generation that will come after us, for we will find that when we dedicate ourselves to making this a place that will bless those that follow, then we will find the greatest joy and happiness in our lives."

"We believe in being subject to kings, presidents, rulers, magistrates, and in obeying, honoring, and sustaining the law" (Article of Faith 12).

In October 2008 general conference, President Boyd K. Packer related the story of Mormon pioneers who, despite their persecutions, remained devoted to their country along with their faith. (Read "The Test" in its entirety here.)

On July 24, 1849, the Saints had been in the [Salt Lake] valley two years to the day. They finally were free from years of mobbing and persecution. That called for a great celebration.

Just a few years earlier under dreadful conditions, the Prophet Joseph Smith suffered in Liberty Jail for months while the mobs drove the Saints from their homes. The words liberty and jail do not fit together very well.

The Prophet Joseph Smith had earlier sought direction, and the Lord told the Saints to seek redress from the judges, the governor, and then the president.

Their appeals to the judges failed. During his life, Joseph Smith was summoned to court over 200 times on all kinds of trumped-up charges. He was never convicted.

When they sought redress from Governor Boggs of Missouri, he issued a proclamation: “The Mormons must be treated as enemies and must be exterminated or driven from the state, if necessary for the public good.” That unleashed untold brutality and wickedness.

They appealed to President Martin Van Buren of the United States, who told them, “Your cause is just, but I can do nothing for you.”

I will read the final paragraphs of their third petition addressed to the Congress of the United States:

“The afflictions of your memorialists have already been overwhelming, too much for humanity, too much for American citizens to endure without complaint. We have groaned under the iron hand of tyranny and oppression these many years. We have been robbed of our property to the amount of two millions of dollars. We have been hunted as the wild beasts of the forest. We have seen our aged fathers who fought in the Revolution, and our innocent children, alike slaughtered by our persecutors. We have seen the fair daughters of American citizens insulted and abused in the most inhuman manner, and finally, we have seen fifteen thousand souls, men, women, and children, driven by force of arms, during the severities of winter, from their sacred homes and firesides, to a land of strangers, penniless and unprotected. Under all these afflicting circumstances, we imploringly stretch forth our hands towards the highest councils of our nation, and humbly appeal to the illustrious Senators and Representatives of a great and free people for redress and protection.

“Hear! O hear the petitioning voice of many thousands of American citizens who now groan in exile … ! Hear! O hear the weeping and bitter lamentations of widows and orphans, whose husbands and fathers have been cruelly martyred in the land where the proud eagle … floats! Let it not be recorded in the archives of the nations, that … exiles sought protection and redress at your hands, but sought it in vain. It is in your power to save us, our wives, and our children, from a repetition of the bloodthirsty scenes of Missouri, and thus greatly relieve the fears of a persecuted and injured people, and your petitioners will ever pray.”

There was no pity, and they were turned away.

In 1844, while under the avowed protection of Governor Thomas Ford of Illinois, the Prophet Joseph Smith and his brother Hyrum were shot to death in Carthage Jail. Words cannot express the brutality and suffering the Saints had endured.

Now on this 24th of July in 1849, free at last from the mobbings, they planned to celebrate.

Everything the Saints owned would come across a thousand miles (1,600 km) of desert by handcart or covered wagon. It would be 20 more years before the railroad came as far as Salt Lake City. With almost nothing to work with, they determined that the celebration would be a grand expression of their feelings.

They built a bowery on Temple Square. They erected a flagpole 104 feet (32 m) tall. They made an enormous national flag 65 feet (20 m) in length and unfurled it at the top of this liberty pole.

It may seem puzzling, incredible almost beyond belief, that for the theme of this first celebration they chose patriotism and loyalty to that same government which had rejected and failed to assist them. What could they have been thinking of? If you can understand why, you will understand the power of the teachings of Christ.

Their brass band played as President Brigham Young led a grand procession to Temple Square. He was followed by the Twelve Apostles and the Seventy.

Then followed 24 young men dressed in white pants; black coats; white scarves on their right shoulders; coronets, or crowns, on their heads; and a sheathed sword at their left sides. In their right hand, of all things, each carried a copy of the Declaration of Independence and the Constitution of the United States. The Declaration of Independence was read by one of those young men.

Next came 24 young women dressed in white, blue scarves on their right shoulders and white roses on their heads. Each carried a Bible and a Book of Mormon.

Almost but not quite as amazing as their choice of patriotism for a theme was what came next: 24 aged sires (as they were called) led by patriarch Isaac Morley. They were known as the Silver Greys—all 60 years of age or older. Each carried a staff painted red with white ribbon floating at the top. One carried the Stars and Stripes. These men were a symbol of the priesthood, which was “from the beginning before the world was” and had been restored in this dispensation.

The Saints knew that the Lord had told them to be “subject to kings, presidents, rulers, and magistrates, in obeying, honoring, and sustaining the law.” That commandment, revealed then, is true now of our members in every nation. We are to be law-abiding, worthy citizens.

And so on that day of celebration in 1849, “Elder Phineas Richards came forward in behalf of the twenty-four aged sires, and read their loyal and patriotic address.” He spoke of the need for them to teach patriotism to their children and to love and honor freedom. After he briefly recited the perils that they had come through, he said:

“Brethren and friends, we who have lived to three-score years, have beheld the government of the United States in its glory, and know that the outrageous cruelties we have suffered proceeded from a corrupted and degenerate administration, while the pure principles of our boasted Constitution remain unchanged. …

“… As we have inherited the spirit of liberty and the fire of patriotism from our fathers, so let them descend [unchanged] to our posterity.”

One would think that, compelled by force of human nature, the Saints would seek revenge, but something much stronger than human nature prevailed.

“The natural man receiveth not the things of the Spirit of God: for they are foolishness unto him: neither can he know them, because they are spiritually discerned. …

That Spirit defined those early members of the Church as followers of Christ.

If you can understand a people so long-suffering, so tolerant, so forgiving, so Christian after what they had suffered, you will have unlocked the key to what a Latter-day Saint is. Rather than being consumed with revenge, they were anchored to revelation. Their course was set by the teachings still found today in the Old and the New Testaments, the Book of Mormon, the Doctrine and Covenants, and the Pearl of Great Price.

The Book of Mormon teaches, “We talk of Christ, we rejoice in Christ, we preach of Christ, we prophesy of Christ, and we write according to our prophecies, that our children may know to what source they may look for a remission of their sins.”

And so today in these strangely perilous times, in the true Church of Jesus Christ we teach and live the principles of His gospel.

After reading the above story as a family, discuss how we have been taught to act with Christlike love toward all men, and to be grateful for the justice and mercy that God has granted us.

“All the laws of God and the laws of nature and the laws of the land are made for the benefit of man, for his comfort, enjoyment, safety, and well-being; and it is up to the individual to learn these laws and to determine whether or not he will enjoy these benefits by obeying the law and by keeping the commandments. My whole purpose … is to show that laws exist for our benefit and that to be happy and successful we must obey the laws and regulations pertaining to our activities; and these laws will function either to our joy and well-being or to our detriment and sorrow, according to our actions” (President N. Eldon Tanner in Conference Report, Apr. 1970, p. 62; or Improvement Era, June 1970, p. 31).

Joseph Smith taught that "Patriotism should be sought for and will be found in right living." As Latter-day Saints striving to live the gospel of Jesus Christ, we must uphold our standards and promote the welfare of others by being good citizens in our respective nations.

“Patriotism is more than flag-waving and fireworks. It is how we respond to public issues. If we ask only, ‘What’s in this proposal for me?—What do I get out of it?’—we are not patriotic and we are not good citizens. But if we ask, ‘Is this right?—is it good for the … people?—would it preserve and strengthen our freedom?’—then we deserve to stand in the company of [great patriots]. Patriotism is trying always to give more to the Nation than we receive. It is selfless service” (Ezra Taft Benson, The Red Carpet [Salt Lake City: Bookcraft, 1962], p. 96).

Discover America by following the patriotic journey of a little red balloon as it makes its way from the West Coast to the East Coast of the United States.

Through delightful illustrations and the words of "America the Beautiful," one of America's most beloved anthems, children will discover the beauty and diversity of their country. At DiscoverAmericaBook.com they can launch their own balloon while learning fun facts about all fifty states.