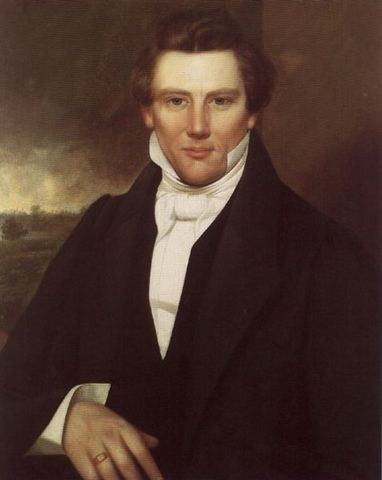 FHE: Loyalty to the Lord

Jesus turned to the Twelve and asked, “Will ye also go away?” In my own mind I have answered that question many times: “Absolutely not! Not me! I will never leave Him! I am here forever!” I know you have answered the same way. (Elder Neil L. Andersen, “Never Leave Him,” Ensign, Nov 2010, 39.)

For God hath not given us the spirit of fear; but of power, and of love, and of a sound mind. Be not thou therefore ashamed of the testimony of our Lord, nor of me his prisoner: but be thou partaker of the afflictions of the gospel according to the power of God. (2 Timothy 1:7-8)

Prior to family scripture study obtain a picture of Peter’s Denial (such as Gospel Art Kit, no. 229—available at lds.org). Also find a picture of a rooster. Display the two pictures and ask your family what they have to do with each other. Read John 13:37–38 to your family and ask, What prophecy did Jesus make about Peter? Read together John 18:15–18, 25–27. Ask:

Some time in the spring of 1844 . . . , two young men, Robert Scott and Dennison L. Harris, were invited to attend a secret meeting of . . . conspirators [against the Prophet Joseph Smith]. Dennison L. Harris was the son of Emer Harris, brother of Martin Harris. . . . Robert Scott at the time of this incident was living at the home of William Law. It was on this account that he and his companion were invited to attend the secret meeting. . . . Young Harris was also asked to invite his father, Emer Harris.

These boys considered well this invitation and then consulted with Emer Harris, who concluded to take the matter to the Prophet Joseph Smith.

After hearing the story Joseph Smith instructed the father to stay away, but said he thought it would be well for the two boys to attend, but before going they were to receive some advice from him and follow his instructions carefully. Following the Prophet's instructions they attended the first two meetings, and each time made their report to the Prophet. The conspirators gave the time to abuse and falsehood concerning President Joseph Smith, and the discussion of their future plans.

When the young men reported the second time their attendance the Prophet seemed to be in doubt as to the wisdom of the young men attending further meetings. He asked them to visit him again before the third meeting to which they were invited, which, like the others, was held on a Sunday. When the time came for the meeting these youths called for the Prophet's instruction. He had made it a matter of prayer and he said to them, "This will be the last time that they will admit you into their councils. They will come to some determination, but be sure that you make no covenant, nor enter into any obligations whatever with them."

When they arrived at the place of meeting the young men were astonished to see it guarded by men with muskets, and after due scrutiny they were admitted. In the meeting the Prophet and his brother Hyrum and others were accused of the most wicked acts. They said that President Joseph Smith was a fallen prophet and his death was necessary to save the Church. An oath had been prepared which each of those present was asked to take. The candidates in turn would step up to the table where Francis M. Higbee, a justice of the peace, was stationed, and he would ask: "Are you ready?" Receiving from each a favorable reply he administered the following oath:

"You solemnly swear, before God and all holy angels, and these your brethren by whom you are surrounded that you will give your life, your liberty, your influence, your all, for the destruction of Joseph Smith and his party, so help you God!"

The person taking this oath would then say, "I do," after which he would lay down the Bible on which the oath was taken, and sign his name to a written copy of the oath in a book, which would then be acknowledged by the justice of the peace.

No doubt the amazed boys were frightened, and wondered how these men, formerly faithful members in the councils of the Church who had pledged their faith and their loyalty to the Prophet only a few months before, could stoop so low as they found them at these secret meetings. Like members of the Gadianton secret band these conspirators had lost all sense of honor. This oath was administered to each of those present, among them three women who were heavily veiled.

At the last the turn came for the two boys to take the pledge, but this they resolutely and manfully refused to do, stating that Joseph Smith had done them no harm and they were too young to understand these things. The anger of the leaders of this secret band was aroused. They first coaxed and then argued and when this failed, they threatened them with death.

"Come, boys," they said, "do as we have done. You are young, and will not have anything to do in the affair, but we want you should keep it a secret, and act with us; that is all."

"No," they replied, "we cannot take an oath like that against any man who has never done us any injury." They tried to pass out of the place, but were stopped by one of the guards who said, "No! not by a _____ _____! You know all our plans and arrangements, and we don't propose that you should leave in that style. You've got to take the oath, or you'll never leave here alive."

They were then surrounded by these fiends of the bottomless pit, who with drawn swords and knives were determined to take their lives. The leaders finally concluded that the deed of blood could not be committed there, as the house was too near the street. So the young men were taken to the cellar and preparations were made for the execution. At this point someone called attention to the fact that the parents of the boys evidently knew where they were, and if they did not return a search would be put on foot that might prove to be very dangerous for the plotters. After some more arguing and consultation the conspirators reluctantly released the boys with a threat if they ever divulged the actions of these secret meetings, they would be killed.

Under a guard they were escorted from the place. Wisely they took their departure leaving the impression that they would hold their tongues. They immediately took their course towards the river in the opposite direction from their homes, conveying the impression to their enemies by word and act, that they would keep their secret. On the river bank they met the Prophet and an elder brother of Robert Scott, who were waiting for them. To the Prophet these two boys told their harrowing story.

Place a large paper grocery sack in the center of the room with the top of the sack open.

Have each person take a turn to pick up the sack with his mouth. He may touch the floor only with his feet and may not use his hands. Those who are unsuccessful or fall over are eliminated.

For the next round, cut the top of the sack with scissors so that the sack is only half as tall. Let the remaining people take a turn to pick up the shorter sack with their teeth.

Continue the contest by cutting off half of the sack each time and eliminating those people who fail. The last person who remains is the champion ostrich.