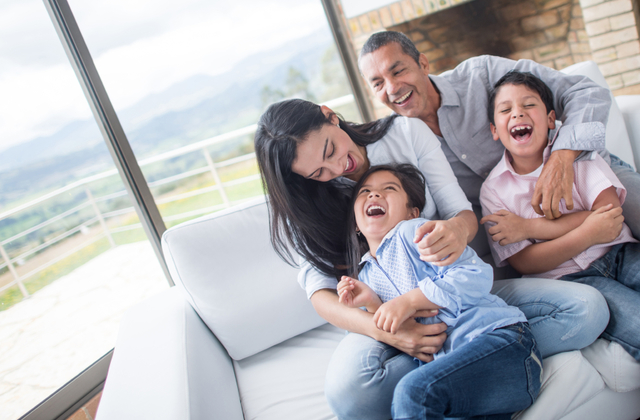 Obey the word of the Lord as it is given to you. His word will not only love and comfort but invariably instruct and correct. Do as He bids you to do, no matter how hard it may seem to you, and do it now. It is in doing the will of the Lord that knowledge of Him and love for Him accrue to your soul, which leads you to be ever more willing to lay down your own life and follow Him. (James J. Hamula, "Winning the War against Evil," Ensign, Nov 2008, 50-53.)

Put each of the following clues on separate pieces of paper.

Tell your family that they need to follow the instructions carefully, and when they have found the correct word they should write it on the paper. If the correct word was used, give each person a small reward. Tell them they earned the reward because they followed the instructions. Gather the papers together and place them in random order. Have the family arrange them in the correct order. ("Obedience leadeth unto eternal life").

"I recollect most vividly a circumstance that occurred in the days of my childhood. My mother was a widow, with a large family to provide for. One spring when we opened our potato pits she had her boys get a load of the best potatoes, and she took them to the tithing office; potatoes were scarce that season. I was a little boy at the time, and drove the team. When we drove up to the steps of the tithing office, ready to unload the potatoes, one of the clerks came out and said to my mother, "Widow Smith, it's a shame that you should have to pay tithing." He said a number of other things that I remember well, but they are not necessary for me to repeat here. The . . . name of that tithing clerk was William Thompson, and he chided my mother for paying her tithing, called her anything but wise or prudent; and said there were others who were strong and able to work that were supported from the tithing office. My mother turned upon him and said: "William, you ought to be ashamed of yourself. Would you deny me a blessing? If I did not pay my tithing, I should expect the Lord to withhold His blessings from me. I pay my tithing, not only because it is a law of God, but because I expect a blessing by doing it. By keeping this and other laws, I expect to prosper and to be able to provide for my family." Though she was a widow, you may turn to the records of the Church from the beginning unto the day of her death, and you will find that she never received a farthing from the Church to help her support herself and her family; but she paid in thousands of dollars in wheat, potatoes, corn, vegetables, meat, etc. The tithes of her sheep and cattle, the tenth pound of her butter, her tenth chicken, the tenth of her eggs, the tenth pig, the tenth calf, the tenth colt—a tenth of everything she raised was paid. . . . . She prospered because she obeyed the laws of God. . . . That widow was entitled to the privileges of the house of God. No ordinance of the Gospel could be denied her, for she was obedient to the laws of God" (Jack M. Lyon, Linda Ririe Gundry, Jay A. Parry, Best-Loved Stories of the LDS People, Vol. 1, [Salt Lake City: Deseret Book, 1997].)

Instruct the group to close their eyes and each to hold both hands in front of the body, with the index fingers touching and pointing at each other, and about 12 inches from the nose. Announce that you are going to give them a coordination test. Tell them to raise the right hand six inches, lower the left hand six inches, more he right hand six inches away from the body and the left hand six inches toward the body. Continue this type of direction until each one’s fingers should be touching when the group opens their eyes. It is surprising how poorly some people follow instructions. Gospel application: We should to follow (obey) the gospel teachings. (Alma Heaton, The LDS Game Book [Salt Lake City: Bookcraft, 1968], p. 51.)