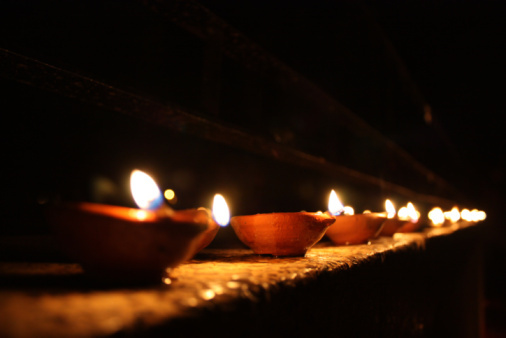 You need to know that you will experience your own adversity. None is exempt. You will suffer, be tempted, and make mistakes. You will learn for yourself what every [one] has learned: through overcoming challenges come growth and strength.

But they that wait upon the Lord shall renew their strength; they shall mount up with wings as eagles; they shall run, and not be weary; and they shall walk, and not faint (Isaiah 40:31).

Bring a “Help Wanted” section of the newspaper and ask the family what jobs they think are listed. Tell them that employers need secretaries, truck drivers, nurses, teachers, and babysitters, but that there is no listing for the most important job of all.

Review the song “I Will Be Valiant” to determine what the most important job is. (A valiant servant of the Lord.)

Explain that someone who is valiant is courageous in their work for the Lord. Heavenly Father “can depend” upon someone who is faithful for their whole life. When we persevere, we never give up, regardless of temptations, frustrations, disappointments, or discouragements.

There was a great marriage planned. Ten women took their lamps and went to meet the bridegroom. Five were foolish. They brought their lamps, but only with whatever oil was already in them. Five were wise, bringing along extra oil to refill their lamps.

The bridegroom took a long time before coming, and the ten women fell asleep while they waited. At midnight, the women were called out to meet the bridegroom.

The five foolish women awoke and saw their lamps had gone out. They asked the others to share their oil. But the wise women had brought only enough for themselves. If they tried to share, all their lights might go out.

So the foolish women had to rush to buy more oil for their lamps. While they were gone, the bridegroom came. The five wise women went with him to the marriage, and the door was shut.

Later, the others came and knocked on the door. They cried, “Let us in!” But the answer came, “I don’t know you.” So the five foolish women were left out in the night because they were not prepared (see Matthew 25:1–13).

Have everyone stand within a large circle or boundary drawn on the ground. On a signal to begin, toss a large, soft ball, such as a volleyball or beach ball, into the air. Everyone must then keep it in the air by hitting, batting, or swatting and not let it hit the ground. The players must stay within the boundary. The score for each round could be the number of hits before the ball hits the ground or the number of seconds the ball was kept in the air.