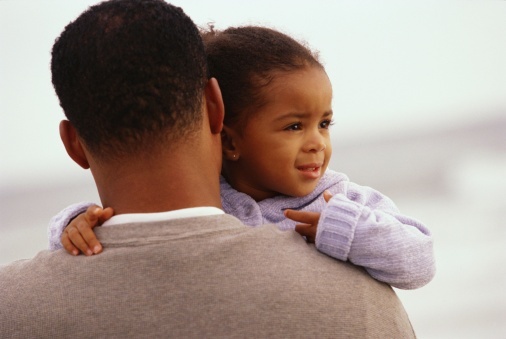 Thought: In these times of worldwide turmoil, more and more persons of faith are turning to the Lord for blessings of comfort and healing. We have this priesthood power, and we should all be prepared to use it properly.

Scripture: They shall lay hands on the sick, and they shall recover. (Mark 16:18)

Object Lesson: Show your family a tool (such as a hammer or wrench). Ask what it is used for. Explain that using the tool makes it much easier to drive a nail or tighten a nut.

Tell them that priesthood blessings are a tool for healing the sick. In combination with faith, the priesthood of God gives power to priesthood holders as they give blessings. The sick are healed, the lame walk, and evil spirits are cast out.

Story: Shortly after my call to the Council of the Twelve, one of my assignments was to direct missionary labors in the missions of the West Coast of North America.

I held a meeting one day in San Mateo, California, and as I listened to the testimonies of the missionaries, I noted that one elder had a terribly scarred face. The mission president, Howard Allen, advised me that Elder Nichols had been thrown through the windshield of his automobile in a terrible accident just a few months earlier. He then pointed out that Elder Nichols' parents were nonmembers and were threatening to sue the Church due to the injury. Doctors had despaired of the boy ever again regaining a pleasing appearance and felt that plastic surgery could do but little in his particular case.

I felt the strong impression to give to Elder Nichols a blessing. President Allen and I took him aside and gave him such a blessing. The spirit was surely present.

In the fall of 1969 my wife, Frances, and I were looking at carpeting in a store in Salt Lake City. The young man handling the carpet came forward and asked if I remembered him. I told him that he looked vaguely familiar, but that I couldn't quite place his name. He then stepped over and sat behind a lamp so that the light of the lamp cast its brilliance upon his face. He said, "Look closely at my face and then see if you can remember."

As I examined his face, I noted thin, scarcely discernable scars running across his nose, forehead, and cheeks. It was then that I realized this was Elder Nichols, the horribly scarred boy who had received a blessing in San Mateo while serving as a missionary in the Northern California Mission.

When I identified him, he smilingly said, "Brother Monson, even the plastic surgeons have called my case a miracle. I told them it was the intervention of Divine Providence through a priesthood blessing coupled with faith."

Elder Nichols was among the most handsome of young men.

Activity: Give each person a paper and pencil. Place a variety of household tools in a box. Have one family member take one of the tools out of the box without the rest of the family seeing what the tool is.

Instruct the others that they should guess what the tool is. Each person may ask one question that can be answered "yes" or "no." They cannot ask directly if it is a certain tool. For example, they can't say, "Is it a hammer?"

After everyone has asked his question, have each write on his piece of paper what he thinks the tool is. When this has been done, have the person show the tool. Next have each person tell one thing the tool can be used for. Begin with the person who had the tool.

The next person takes a new tool out of the box. Be sure the other players don't see it and repeat the game. At the conclusion of the game, see who guessed the most tools correctly.

Melt butter in 9x13-inch pan. Sprinkle remaining ingredients over butter, in layers. Bake at 350 degrees for 30 minutes. Immediately after removing from oven, cut cookies away from sides of pan. Cut in squares while still warm.