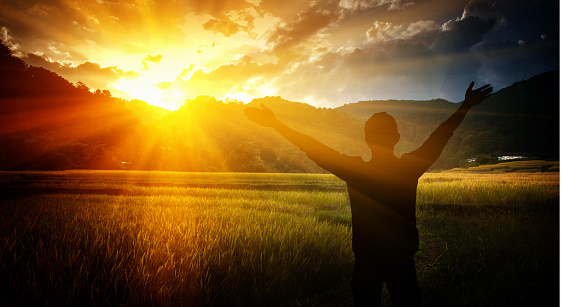 Conference Talk:
For more information on this topic read “The Miracle of the Atonement,” by C. Scott Grow, Ensign, May 2011, 108.

When we sin, Satan tells us we are lost. In contrast, our Redeemer offers redemption to all—no matter what we have done wrong—even to you and to me.

Scripture:
Behold, he who has repented of his sins, the same is forgiven, and I, the Lord, remember them no more. By this ye may know if a man repenteth of his sins—behold, he will confess them and forsake them (Doctrine and Covenants 58:42-43).

Procedure: Display the doormat. Point out that it is put in front of the door to let those who enter wipe the dirt and debris from their feet so they will not soil the inside of the home.

Liken the doormat to repentance. Repentance enables us to remove the things from our lives that are not clean. Explain further that unless we cleanse our lives of such debris, we will not be allowed into our Father’s house.

Story:
While preparing my talk for this conference, I received a shocking phone call from my father. He said that my younger brother had died that morning in his sleep. I was heartbroken. He was only 51 years old. As I thought about him, I felt impressed to share with you some events from his life. I do so with permission.

As a youth my brother was handsome, friendly, and outgoing―totally dedicated to the gospel. After serving an honorable mission, he married his sweetheart in the temple. They were blessed with a son and a daughter. His future was full of promise.

But then he gave in to a weakness. He chose to live a hedonistic lifestyle, which cost him his health, his marriage, and his membership in the Church.

He moved far from home. He continued his self-destructive behavior for more than a decade, but the Savior had not forgotten or abandoned him. Eventually, the pain of his despair allowed a spirit of humility to enter his soul. His feelings of anger, rebellion, and militancy began to dissipate. Like the prodigal son, “he came to himself.” He began to reach out to the Savior and to make his way back home and to faithful parents who never gave up on him.

He walked the path of repentance. It wasn’t easy. After being out of the Church for 12 years, he was rebaptized and received again the gift of the Holy Ghost. His priesthood and temple blessings were eventually restored.

He was blessed to find a woman who was willing to overlook the ongoing health challenges from his prior lifestyle, and they were sealed in the temple. Together they had two children. He served faithfully in the bishopric for several years.

My brother died on Monday morning, March 7. The previous Friday evening he and his wife attended the temple. On Sunday morning, the day before he died, he taught the priesthood lesson in his high priests group. He went to bed that evening, never to awaken again in this life―but to come forth in the resurrection of the just.

I am grateful for the miracle of the Atonement in the life of my brother. The Savior’s Atonement is available to each of us—always.

Activity:
One of the group leaves the room. While he is out, the other members of the group choose an object in the room which is in plain sight. The person returns to the room and guesses what the object is. For instance, he might say, “I guess that it is the piano.” The group does not tell him whether his guess is right or wrong at this point. He must go on and ask a question to try to verify his guess. He may ask any question about size, position in the room, color, texture, etc. For example if he wishes to check whether or not it is the piano, he would ask, “Is it more than four feet long?” If the answer is “No,” he knows it is not the piano and says, “I’ve made a mistake.” When he says this the family tries to help him by giving him a clue to guide him. He then makes another guess but is not told whether he is right or wrong until he asks a question to check his guess. If he is wrong again he says, “I’ve made a mistake,” and he gets another clue. Again he must ask a question. If he is wrong at the end of three guesses, the group will tell him what the object is.

The purpose of the game is to emphasize the idea that saying “I’ve made a mistake” brings benefits; for instance in this case the benefits are the clues given by the group to help him. If he fails to say, “I’ve made a mistake” when he has guessed wrong, his turn is over. If his guess is right, he should be told so at the end of his question. Allow each member to have a turn going out of the room and coming back to guess an object.

To get to PDF version of this lesson, click here.