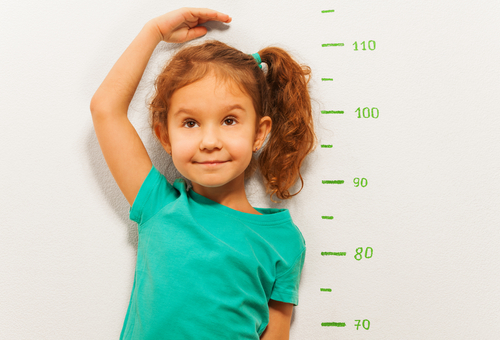 If we have a heart to learn and a willingness to follow the example of children, their divine attributes can hold a key to unlocking our own spiritual growth.

"But grow in grace, and in the knowledge of our Lord and Saviour Jesus Christ. To him be glory both now and for ever. Amen" (2 Peter 3:18).

- Which of your five senses do you use most? Why?
- How does each of your senses help you learn or discover truth?
- Why does your confidence in something grow if you use more than one of the five senses to understand or know about something?

Explain that John, like several others, had the opportunity to be in the presence of the glorified, resurrected Lord. Ask your family to study 1 John 1:1–4 and look for which of John’s five senses he used during his interaction with Jesus. Ask:

Ask your family what they think it would be like to have fellowship with the Father and His Son and what we can do to obtain it.

A member of the Seventy was on assignment in Hong Kong. He visited a very humble ward that was struggling in many ways, unable to provide for its own needs. As the bishop described their situation, the General Authority felt the impression to have the members pay their tithing. The bishop, knowing their dire circumstances, was concerned about how he could carry out that counsel. He thought about it and decided he would approach some of the most faith-filled members of his ward and ask them to pay their tithing. The next Sunday he went to the Primary. He taught the children about the Lord’s law of tithing and asked if they would be willing to pay tithing on the money they earned. The children said they would. And they did.

The bishop later went to the adults in the ward and shared with them that for the past six months their faithful children had been paying tithing. He asked them if they would be willing to follow the example of these children and do the same. The people were so touched by the sacrifices the children were willing to make that they did what was necessary to pay their tithing. And the windows of heaven were opened. With the example of these faithful children, a ward grew in obedience and in testimony.