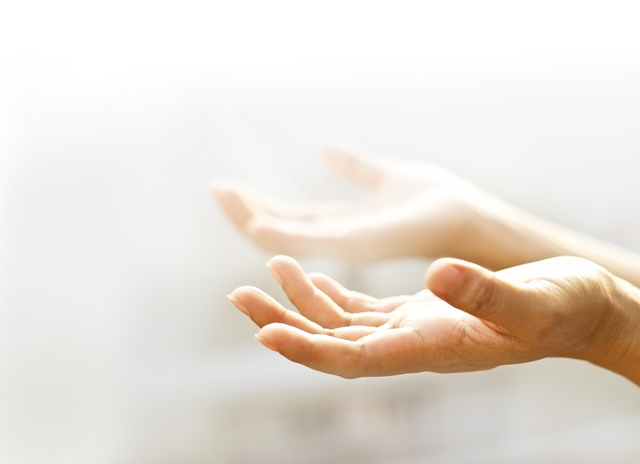 "We need the help of the Holy Ghost if we are to make our way safely through . . .the perilous times in which we now live."

The family sits in a circle. The leader, who knows how to play the game, uses a stick to draw a circle on the floor and then says, "Here is a happy face." The leader then draws two eyes, a nose, and a mouth while saying, "Here is an eye; here is another eye; here is the nose; and here is the mouth." The leader then clears his or her throat and asks for a volunteer to do exactly what the leader has done. The leader gives the stick to the volunteer, who then tries to duplicate the leader's actions. The secret of the game is that the artist clears his or her throat when the drawing is finished. This can be done somewhat sneakily so that it is not too apparent. This means that the next person has to clear his or her throat also upon finishing in order to do exactly what the leader did. The leader may have to do it several times and several people may take a turn before someone finally catches on to the secret and does it correctly. Play continues until everyone catches on or gives up. This game teaches us that we need to listen as well as look as we go through this life. If we listen very carefully, we can receive guidance and direction from the Holy Ghost.

In the year 1920 John Q. Adams and his family were serving in the Samoan Mission. Brother Adam's eight-year-old daughter was having a birthday party and all were having a great time when Brother Adams received the impression that he should leave the party and cross the river, which was not far away. Because he could see no reason why he should do this, he ignored the feeling. The impression came a second time, even stronger than before, but once again Brother Adams decided not to cross the river. The same feeling came a third time, but this time he saw a certain spot where he should go. The feeling would not leave Brother Adams, so he crossed the river bridge and began climbing the slope on the other side. He hadn't gone far before someone called out to him. He soon found a Church member who was in serious need of his assistance. This man had accidentally cut an artery in his foot while cutting kindling wood and was bleeding badly. The injured man could not walk, and Brother Adams could not carry him, so Brother Adams ran quickly for help. The man fainted before they were able to get him home. However, through prayer, faith, and good care, the man recovered. Because Brother Adams finally heeded the promptings of the Holy Ghost, the man's life was saved and the man became one of the area's best missionaries.

Play "Hot or Cold." Everyone leaves the room except for one person, who hides a small object, such as a coin, key, or thimble. Most of the object needs to be in plain sight. The rest of the family then returns to the room and searches for the object. When someone spots the object, he or she sits down and yells out some prearranged comment such as "Hot dog," or "I know where it is." The rest of the family continues to hunt until everyone has found the object. If the object is difficult to find, the players can ask for help. The person who hid the object then tells the players, based on how close they are to the object, whether they are hot or cold. The closer they are to the object, the hotter they are. The one helping can use words such as "You are in the deep freeze," or "You are getting warmer," or "You are burning up." When everyone has found the hidden object, the person who found it first gets to hide it, and the game continues. Sometimes we can solve problems by ourselves, but many times we need to listen for the direction of the Holy Ghost.

Mix sugar, cocoa, and salt in a large, non-stick pot. Stir in milk and blend well. Bring to a boil over medium-high heat, allowing it to cook at a moderate boil until a tablespoon of fudge forms a ball when dropped into a cup of cold water. Cut up butter into pieces and place in mixing bowl, along with vanilla; then pour fudge over butter. Place the bowl in cold water for half an hour. Then, while the mixture is still warm, beat with an electric mixer while dropping chunky peanut butter into the batter. When the mixture begins to lose its luster and becomes harder to beat, pour it onto a buttered plate, and it is ready to be enjoyed.