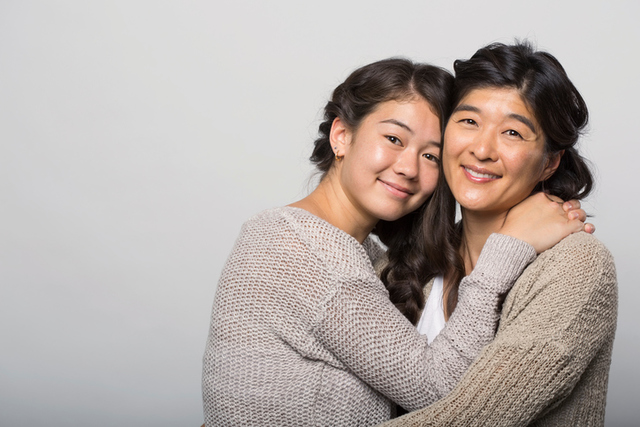 FHE: The Power of Appreciating Mothers

When mothers know who they are and who God is and have made covenants with Him, they will have great power and influence for good on their children (Julie B. Beck, "Mothers Who Know," Ensign, Nov 2007, 76-78).

Scripture: And they rehearsed unto me the words of their mothers, saying: We do not doubt our mothers knew it (Alma 56:48).

Have your family read silently Alma 56:45–48. Then give each person an opportunity to describe the mothers of these young men in one sentence. Write their descriptions on a sheet of paper. Next have your family take turns sharing favorite memories about their mother or grandmother. Have each person give a one-sentence description of his or her mother or grandmother and write these on another paper. Discuss the similarities between the two lists. What qualities do all good mothers share? How does a testimony of the gospel affect the qualities and the effectiveness of a mother? (Dennis H. Leavitt and Richard O. Christensen, Scripture Study for Latter-day Saint Families: The Book of Mormon, [Salt Lake City: Deseret Book, 2003], p. 235.)

To this day I can't tell you why that Cub Scout roller skating party was so all-fired important to me. For some reason, I was absolutely obsessed with going to the Rustic Rink with all my fellow Cubs and lacing on a pair of heavy black roller skates. But there was a problem. It was a Cubs-and-Parents affair, which meant that I had to invite Mom and Dad. Which was okay, except for one thing. I had long since figured out that my parents were a little different from most of my friends' folks. For one thing, they were older—Dad was 53 at the time, Mom was 47—and both were physically less active than other parents in the neighborhood. My friends would go skiing and camping with their parents. Mine let me watch The Mickey Mouse Club nearly every day. Which is why it surprised me a little when Mom responded so positively to the skating party when I finally found the courage to bring it up. "But I've never been roller skating before," Dad protested. "Then it's time you learned," Mom replied. "Besides, you used to ice skate."

"Oh, you know how it is with those kinds of things," Mom assured him. "Once you learn them you never forget them." She placed her hands lovingly on my shoulders. "If it means so much to him, Bud, don't you think we should at least give it a try?" Dad looked at me with mock frustration.

"All right," he said with a shrug and a chuckle. Then he pointed a finger directly at me. "But you better plan on following right behind me so I can land on you when I fall." Actually, that job fell to Mom. Since she had actually roller skated when she was young, she was designated as the couple's Skating Expert. It was her task to support Dad as he made his herky-jerky, clackety-clacking way around the rink and to go down with him whenever he fell, which was about once every 20 yards. The two of them would sit on the floor after each fall, giggling like teenagers, and then they would struggle to their feet and begin again. Clackety-clack. Thud. Ha-ha-ha. Only I wasn't laughing. Most of the other parents skated pretty well. Ron and Don's dad could skate backward for Pete's sake. But there was my roly-poly Mom trying to support my nearly white-haired father, who couldn't seem to grasp the concept of gliding on skates. They went down—again and again—in an embarrassing gale of laughter, making enough noise that you could barely hear the Beach Boys tunes blaring from the rink's loudspeakers. I don't think I even told my parents "thank you" as we drove home from the party that night. I vaguely remember hearing my Mom mention that her back was a little sore, but mostly I was up to my earlobes in humiliation and self-pity. My mortification turned to shame when Mom awakened in the middle of the night, her back in agony. Dad gave her aspirin. He alternated putting a heating pad on her back and then massaging it until dawn. Though she tried to be brave, Mom couldn't keep from moaning in pain—low and guttural—and tears rolled down her cheeks until her pillow glistened with moisture. I tried to sleep through it, but it was impossible with the remorse that enveloped me. As the first light of day peeked over the mountains, Dad prepared to take Mom to the emergency room. I heard him sadly tell my sister that it was his fault for being so darn clumsy. But I knew whose fault it really was. When I finally saw her in the hospital, I was almost overwhelmed with guilt. She had slipped a disc in her back and was in traction, which looked to me like something straight out of a torture chamber. Her head was held in place by an ugly assortment of cables and harnesses that kept her looking straight ahead. A stack of weights was attached to her feet, seeming to turn her into the rope in a painful game of tug-of-war. And I had put her there. For all I knew, I could have killed her. For the first time I understood how selfless her concern for me had been. And how selfish I had been. "Mom . . ." I could barely speak. "

Joey? Is that you, Son? I'm sorry, I can't see you." Again she was apologizing for something that wasn't her fault. I figured it was my turn to ask forgiveness.

"Oh, yes—the roller skating," she said. Then she smiled as best she could in that harness. "We did have a wonderful time, didn't we?" In time, Mom recovered from the injuries she suffered at the Rustic Rink. Thankfully, I hadn't killed her. But her back was never the same. And neither, I hope, was I. (Joseph Walker, Look What Love Has Done, [Salt Lake City: Shadow Mountain, 2007], 19.)

Take 10 paper cups and write a number on the bottom of each cup, numbering them from 1 to 10. Use masking tape to make a line extending across the floor near one end of the room. Near the other end of the room make a short line with the masking tape. Mix up the numbered cups and place them on the longer line of masking tape. Leave an inch or two between each cup. Cut into 10 separate strips the statements that follow these instructions. Place them in a bowl. One family member goes to the short line at one end of the room. Standing behind the line, he tries to knock one of the cups off the masking tape line by rolling a small ball. If he knocks a cup off the line, he reads the number that is on the bottom of the cup. He then draws a statement from the bowl and reads the statement to the rest of the family inserting the number on the bottom of the cup after "Name . . ." The family then needs to do what the statement says.

6. Name . . . of Mother's relatives by name, listing only relatives who are not in the room.