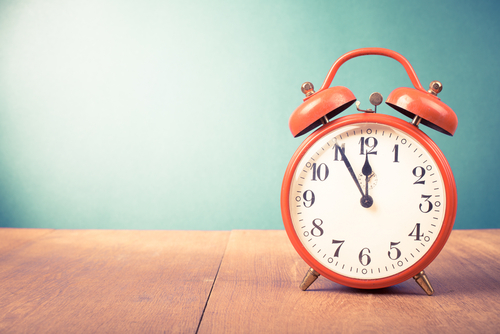 The poor use of time is a close cousin of idleness. As we follow the command to “cease to be idle” (D&C 88:124), we must be sure that being busy also equates to being productive.

"Cease to be idle; cease to be unclean; cease to find fault one with another; cease to sleep longer than is needful; retire to thy bed early, that ye may not be weary; arise early, that your bodies and your minds may be invigorated" (Doctrine and Covenants 88:124).

Give each family member a clock or watch to hold. On your signal, ask them to watch their clock tick for one minute. Point out how everyone’s clock runs at the same pace. Explain that each of us has twenty-four hours each day, but some people seem to accomplish more than others. Talk about what some people do differently that seems to give them more time.

Ask, “If you were given the next three days to do whatever you wanted—with no obligations or restrictions—how would you spend your time?” After talking about their ideas for a few minutes, remind family members that although we seldom have such an opportunity, we do have much freedom in choosing how we spend our time. Ask, “When you think about how to spend your time, what most affects your decisions?”

Have a family member read the section heading for D&C 73. Then read aloud the historical background below.

On December 1, 1831, the Lord commanded Joseph Smith and Sidney Rigdon to preach the gospel in the regions surrounding Kirtland, addressing negative things enemies of the Church had said and written. (See D&C 71.) They returned from this brief mission the second week of January and awaited a conference that had been planned for January 25 in Amherst, Ohio (about fifty miles west of Kirtland). As the Prophet considered how to best spend his time prior to the conference, he received the revelation recorded in D&C 73.

- Based on this background, what appears to be one way Joseph Smith decided how to best use his time? (Seeking the Lord in prayer.)

- In response to the Prophet’s request, what did the Lord counsel him in

- What could this instruction teach you about important ways to spend your time?

Encourage your family to regularly seek the counsel of the Lord and His prophets as they decide how to best use their time—always being sure to make time for things of greatest value.

Share the following statements from Elder Neal A. Maxwell:

“Time, unlike some material things, cannot be recycled.” (A Time to Choose, 13.)

I think of a man they told me about in one of the stakes I was in not long ago. You know how we go out and try to activate the inactive, bring them along, get them to attend church meetings while time lasts. A president of an elders quorum told this story of a man whom they had called on many times, a good man who had good intentions. He welcomed them to his home, listened to them, and he would usually say, “Well, I will. I intend to. I will do it. I will come to church when I get straightened out.”

Then they would go back another time. The same story, “Well, when I get straightened out, I’ll come to church.”

Then the elders president said, “I was called on to speak at that man’s funeral. He was in church all right, and he was surely straightened out.”

But along the way he had lost a lot of the precious opportunities that time could have provided him in the way of preparation.

It seems to me that life is a series of chapters, and chapters have a way of ending. Your time at BYU will end. This school year will end. You will leave feeling that your time here has been used wisely, or you will leave with some misgivings about time being unprofitably used. Now we must have recreation and fun and diversion, but it also should be planned, scheduled—and not overdone.

Choose one person to be “it.” “It” chases other family members until they tag them. Once someone has been touched, that person must stop running and remain in the position they were in when they were tagged; in other words they have to “freeze.”

If you are not “it” you can unfreeze other players by touching them as you run by. Continue the game until everyone is frozen. The last person to be tagged becomes “it.”