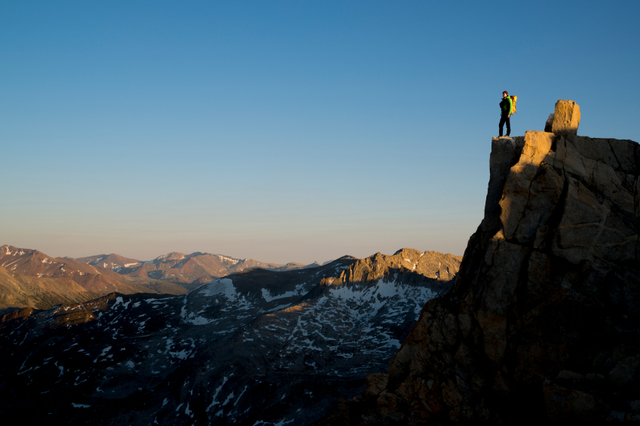 We are faced every day with situations that require courage and strength. If you turn to [Heavenly Father], He will not fail you! He will bless you with the strength and the courage you will need to complete your journey back to Him.

Have not I commanded thee? Be strong and of a good courage; be not afraid, neither be thou dismayed: for the Lord thy God is with thee whithersoever thou goest. (Joshua 1:19)

Have a family member read D&C 121:4. Tell your family that the Prophet Joseph knew this promise of the Lord was true because he had experienced it several months earlier, while a prisoner in a jail in Richmond, Missouri. Read the story below to your family, told by Parley P. Pratt, that illustrates the power the Lord had given Joseph.

Invite your family to reread D&C 122:4 and find a phrase that best matches this experience. Ask your family if they had been in the room that night, what they might have thought or felt.

In one of those tedious nights [Winter, 1838-39, Richmond, Missouri, jail] we had lain as if in sleep, till the hour of midnight had passed, and our ears and hearts had been pained, while we had listened for hours to the obscene jests, the horrid oaths, the dreadful blasphemies and filthy language of our guards, Colonel Price at their head, as they recounted to each other their deeds of rapine, murder, robbery, etc., which they had committed among the "Mormons" while at Far West and vicinity. They even boasted of defiling by force wives, daughters, and virgins, and of shooting or dashing out the brains of men, women and children.

I had listened till I became so disgusted, shocked, horrified, and so filled with the Spirit of indignant justice, that I could scarcely refrain from rising upon my feet and rebuking the guards, but I had said nothing to Joseph or anyone else, although I lay next to him, and knew he was awake. On a sudden he arose to his feet and spoke in a voice of thunder, or as the roaring lion, uttering, as near as I can recollect, the following words: "Silence! Ye fiends of the infernal pit! In the name of Jesus Christ I rebuke you, and command you to be still; I will not live another minute and hear such language. Cease such talk, or you or I die this instant!"

He ceased to speak. He stood erect in terrible majesty. Chained, and without a weapon, calm, unruffled, and dignified as an angel, he looked down upon his quailing guards, whose knees smote together, and who, shrinking into a corner, or crouching at his feet, begged his pardon, and remained quiet until an exchange of guards.

I have seen ministers of justice, clothed in ministerial robes, and criminals arraigned before them, while life was suspended upon a breath in the courts of England; I have witnessed a congress in solemn session to give laws to nations; I have tried to conceive of kings, of royal courts, of thrones and crowns; and of emperors assembled to decide the fate of kingdoms; but dignity and majesty have I seen but once, as it stood in chains, at midnight, in a dungeon in an obscure village of Missouri.

Pass out paper and pencil to each person (or have family members work in pairs). Read the following words and have each person write them on his paper: inside, stand, friends, good, right, courage, wrong, help.

Have each person or group write a brief statement that includes the eight chosen words and describes or defines moral courage. Here is an example: "When friends want us to do something wrong and we have the courage to stand up for the right, we feel good inside and it helps our friends also."

Let sherbet and raspberries soften slightly. Place sherbet in a plastic container and stir well. Stir in bananas. Gently add raspberries. Cover and freeze. Serve as a sherbet or as a slush by adding ginger ale or soda to desired consistency. Makes about 12 servings.