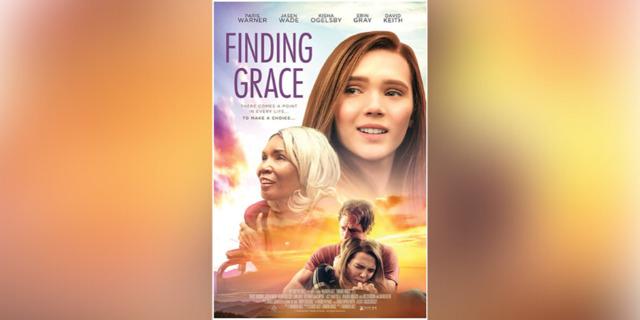 Editor's note: Latter-day Saint Movie Reviews are intended as a helpful service for those who want to know about upcoming movies. However, the views expressed in reviews reflect the thoughts and the opinions of the contributor and do not represent an LDS Living endorsement of the film. Parents should still use discretion based on their own family’s decisions about what is or is not appropriate for their children to see.

Teenager Alaska Rose has struggled ever since her mom left her family years ago. Between rebelling against her dad, Conner Rose (Jasen Wade), and getting in trouble at school, Alaska finds herself in an adult court at age 18. But instead of a jail sentence, she is ordered to do community service in an assisted living facility. While there, she is assigned to an elderly, hostile resident. As Alaska attempts to minimally fulfill her court obligation, she struggles with peer pressure, her past, and trying to find a relationship with God and family.

Epic Media invited me to a private screening of this lovely film directed by Latter-day Saint Warren Fast, who makes his directorial debut and even plays a minor role in the movie. He also wrote the screenplay—that’s what you call a triple threat of talent. Previously, you might have seen him act in the movie Geostorm.

This faith-based film has already been nominated for “Best Picture” from the International Christian Film Festival. That’s a pretty impressive start for a new director, don’t you think? I had the privilege of interviewing Fast about this film. You can see our conversation on my “Movie Review Mom” YouTube channel.

The movie was shot in only 19 days! Filming took place in Panama City, Florida, and the shoots were recorded on site. Sadly, Hurricane Michael hit the area shortly after the filming finished, but the crew captured the principal photography before the storm struck. Otherwise, they wouldn’t have been able to return to reshoot.

Due to the quarantines associated with the Coronavirus pandemic, Finding Grace has gone straight to streaming. You can now watch it from the comfort and safety of your home online on Amazon. You can also watch a trailer of the video below.

The music at the beginning of the movie is lovely and immediately cues you in that this film is going to prompt some deep reflection afterwards. The filmmakers tried very hard not to preach, but to simply show gospel principles, and they succeeded. Many Christian denominations were also intentionally represented, and you don’t have to be religious to enjoy the film.

When asked why the director chose this particular story and genre for his first film, he explained that he loves the Lord and wanted to devote his first big project to focus on the Savior and His gospel. The message is one of hope, and shows that as we reach out to help others, our own struggles and pain diminish. Fast stated in our interview that “The way to really get through things is to look outside of ourselves to others who may be in need.”

Most of the acting is excellent. Jasen Wade, who plays the part of Alaska’s father, elevates each scene that he’s in. Leading lady Paris Warner also carries the film well in her role of Alaska and is up to the task of portraying a teenager who experiences a roller coaster of emotions. She does an excellent job as an eye-rolling, obnoxious teenager in the beginning of the film—making viewers wish she would snap out of her adolescent attitude—but you may want to get your tissues ready in other scenes. Actress Kisha Oglesby (Julianna Foster), was also nominated for “Best Supporting Actress” for her role in this movie by the International Christian Film Festival.

Light-hearted moments help break up the serious drama, something that is always appreciated and gives your tear ducts time to recover. Several characters also illustrate a character arc, allowing you to connect with their journey of healing and hope.

Occasionally, it’s tricky to understand the dialogue in certain scenes, and there are moments when the pacing within the dialogue stalls. But overall, the script flows naturally and is believable.

A teenage girl uses profanity and her father tells her to watch her mouth. Otherwise, the only other “swear” words you hear are “friggin” and “crap.” There are also some scenes when a character watches a prison show on TV, but all the profanity from the show is bleeped out.

There is a serious issue that is revealed later in the movie that you might want to have a discussion with your children about. Parents will also want to talk to their kids about the influence their friends have on them, and why it’s important to choose good friends. The light-hearted moments, which occur between the siblings in the story, demonstrate how siblings can be a blessing when everyone shows love and kindness to each other. There are many other lessons worth discussing as a family after watching the film, and it’s generally a family-friendly film that a wide age range can enjoy.