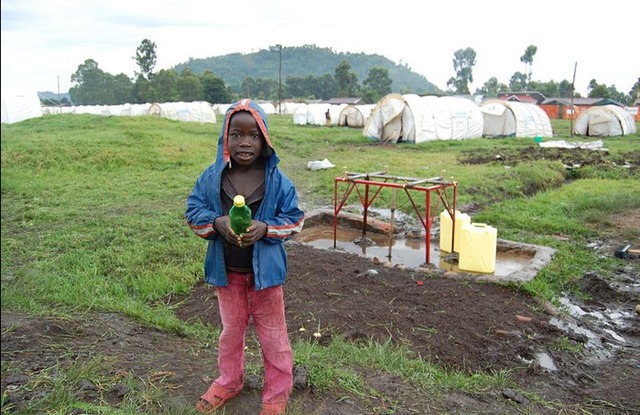 Families Shattered by War: One Young LDS Refugee's Story of Trying to Connect to Her Past Family

When your family has been torn apart by war, where do you start searching to find or connect to your ancestors? How can their stories be rediscovered?

HANNAH BARNETT of Nashville, TN – Looking for MARTHA JAMES, my daughter, last heard from in Montgomery, Alabama, but supposedly gone to Mobile, Alabama. She formerly belonged to DR. BARNETT of Princeton, Kentucky and was sold to JOHN JAMES of Nashville, Tennessee about 9 years ago.

AUGUSTUS AND LUTITIA BRYANT of Augusta, GA – Looking for our children, JOSEPHINE (20), CELIA (14), CAROLINE (13), ELLEN (10), AND AUGUSTA (8). They were in Charlotte or Rock Hill, North Carolina. We were formerly owned by JOHN L. AND VIRGINIA MOON of Augusta, Georgia.

SIDNEY ELLIOTT – Looking for SIDNEY AND HARRISON CANNON, my sons, who belonged to CLEM CANNON, who formerly lived in Shelbyville, Bedford County, Tennessee and were sold to GOODBAR, the trader. They were last seen in Montgomery, Alabama. The oldest is about 26. 1 was owned by a MR. ELLIOTT. Their mother’s name is ELIZA CANNON.

These advertisements, and hundreds, maybe thousands, of others like them, were published in newspapers like The Colored Tennessean in the years following the American Civil War, as freedmen and freedwomen sought to put families, torn apart by slavery, back together again. Six years ago, Paul Reeve used these ads to open a Sunday School lesson about baptism for the dead – the first ordinance to reunite families permanently and eternally – and the heartbreaking and horrific stories hinted at in these brief lines have haunted me since.

A few weeks ago, I read the book by Philip Goureitch, We wish to inform you that tomorrow we will be killed with our families: Stories from Rwanda. I learned that the national border between Rwanda and Burundi, in eastern Africa, is a completely arbitrary one, that the same Tutsis and Hutus live on both sides of that border, sharing a history of genocide, and that survivors of genocides in one place fled to the other, or to nearby Tanzania, for safety – a relative thing. Countless families have been destroyed by murder, or torn apart and scattered, in the past 25 years, following enmity created and fanned by colonial practices, more suddenly and just as surely as the families separated by slavery in the American South.