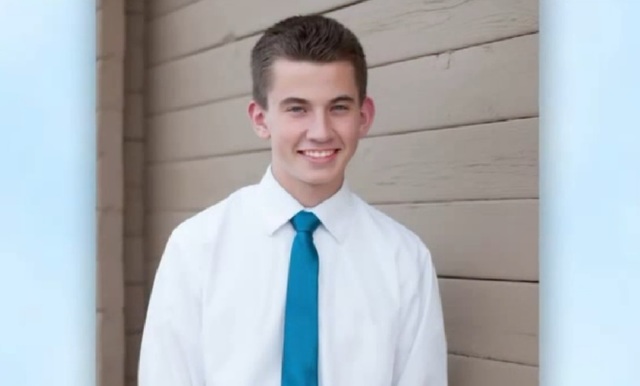 The family of an 18-year-old who died on his mission in Taiwan after being struck by a car shared their testimonies and memories as they talked more about their son's life and his death. "His life hasn’t been ruined he had a great life here on earth and he’s going to have a great life in the afterlife,” his mother shared.

In an interview with Fox 13 News, Elder Hampton's parents said their son's missionary companion gave him a blessing shortly after the accident. They also expressed their heartbreak for the driver of the car and what he must be going through.

It has been four months since Cyndi and Steve Hampton’s son, David, left their home in North Ogden to serve a mission in Taiwan for the Church of Jesus Christ of Latter-day Saints.

David Hampton’s parents said they got the call about 5:30 a.m. from his mission president saying their son had been in a serious accident.