Though they may be rich, influential, and glamorous, these famous Latter-day Saints have the same troubles we all face when it comes to love. Awkward dating moments, insecurity, and embarrassing failures all mingle with the sweet to make these real-life romances something far more fascinating than what you'd find in a fairytale. 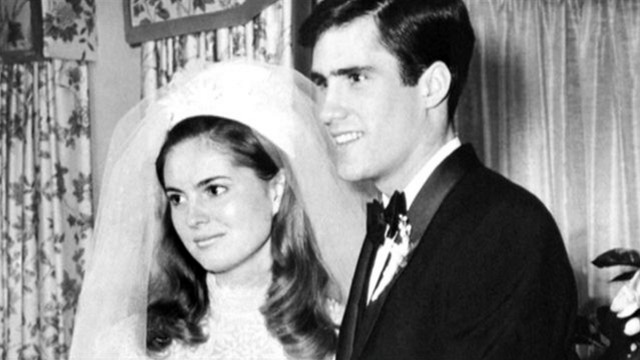 Ann and Mitt Romney's love story is one that goes beyond the notion of high school sweethearts. In fact, their first introduction spans back to the 1950s, when the two first met as elementary students in Michigan.

He was a Cub Scout at the time, and things quite literally got off to a rocky start when he threw stones at her while she was horseback riding. But, after that fateful day, their relationship only improved.

"I'd seen the girl in elementary school, but she was in the second grade, I was in the fourth grade. So, I didn't pay a lot of attention at that point," Mitt explains in an article on Reuters. "But when she turned almost 16, I thought she was pretty interesting."

In fact, Ann became so interesting to Mitt, he devised a way to acquire some alone time together, convincing a friend to let him drive her home from a party. Things must have gone well because on March 21, 1965, the two went on their first date. And what was the date? A classic in both dating and cinematic terms. They went to a movie: the award-winning classic, The Sound of Music.

And, as they say, the rest is history. The two sweethearts dated until, just a few months after that first date, Mitt asked Ann to marry him in June 1965.

But the two weren't married until after Mitt served a mission in France. By the time they married in 1969, he was 22 and she was 19. They got married on the anniversary of their first date, March 21, 1969. They were married in a civil ceremony in Michigan—where President Nixon sent a telegram congratulating the couple—and then sealed in the Salt Lake Temple the following day. The two have been married for almost 47 years.

Learn more about Ann and Mitt's romance in the book In This Together. 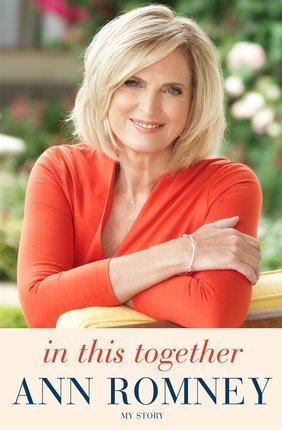 In this heartfelt memoir, Ann Romney, former First Lady of Massachusetts, best-selling author, and founder and global ambassador for the Ann Romney Center for Neurologic Diseases at Brigham and Women's Hospital in Boston, talks candidly about her journey with multiple sclerosis. She shares details from her initial diagnosis in 1998, through the highs and lows of her treatment to the sources of faith that gave her strength and ultimately transformed her life and that of her family. She shares the wisdom of others who have touched her life and inspired her to make what has been an astounding recovery.