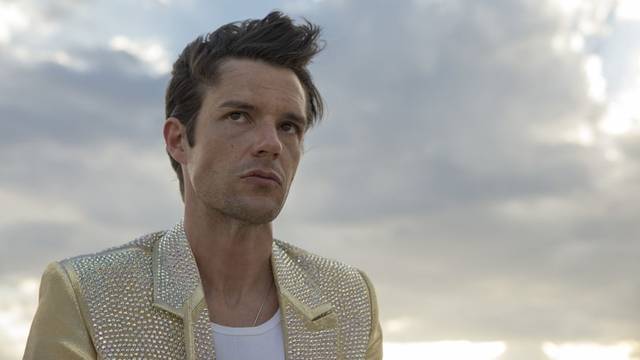 While on a European concert tour in 2012, Latter-day Saint rock star and frontman for the Killers Brandon Flowers appeared on a Norwegian TV show, Skavlan.

The interview turned to Flowers's wife and children, where he also discussed his faith and the beauty he finds in religion.

"Some of the things I love—I think of my mother teaching me to pray and I have that communication with my Heavenly Father and that is something I turn to on a daily basis," Flowers said. "There are answers to questions that my Church has that I believe are also very—it's a beautiful thing. It's a beautiful thing for me and I am happy."

He continued, explaining that the religion is "still a very misunderstood religion and I think people are pretty unfamiliar with it."

After being asked whether he truly believed in Joseph Smith and the translation of the Book of Mormon, Flowers confidently responded, "Yeah. I am very familiar with the origins of my religion. I've read about it. You get to the age where you have to, you know your parents teach you something, and you gotta decide once you're an adult. . . . You have to gain a testimony for yourself."

Moments later, Skavlan invited famous atheist Richard Dawkins on stage. In his explanation of why he believes science replaces any need for religion, Dawkins turned to criticizing the Church, calling the Book of Mormon an "obvious fake," adding "it's not beautiful; it's the work of a charlatan."

As his primary evidence of the Book of Mormon's falsehood, Dawkins said it was a "19th-century book written in 16th-century English . . . That's not how people talked in the 19th century. It's an obvious fake."

Despite Dawkins's repeated criticism, verbal attacks, interruptions, and a few incorrect facts, Flowers retains his calm throughout the interview, saying, "To call this man [Joseph Smith] a charlatan, I take offense to it."

Seeing the turn of the conversation, Skavlan interrupted, telling Flowers he could leave to prepare for his performance on the show, and that's when Flowers offered, "We can talk on the phone later and I can tell you about some of the true history [of the Church]."