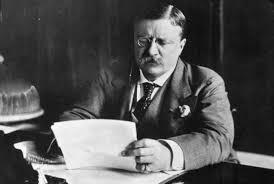 In addition to being a businessman and an apostle in the Quorum of the Twelve Apostles, Reed Smoot became a U.S. senator in 1903, serving for 30 years.

Despite his prominent position, Smoot's service in the U.S. Senate was not without controversy. His close ties to the Church at his election reawakened anti-Latter-day Saint sentiments across the nation. Within the first year of his election, protesting citizens sent in over 3,100 petitions to Washington D.C. What followed was a Senate investigation called the Smoot Hearings that lasted four years and put Reed Smoot and the Church under scrutiny, dragging into the limelight questions of the Church's past and present.

Historian Kathleen Flake observed, "The four-year Senate proceeding created a 3,500-page record of testimony by 100 witnesses on every peculiarity of the Church. . . . At the height of the hearing, some senators were receiving a thousand letters a day from angry constituents. What remains of these public petitions fills 11 feet of shelf space, the largest such collection in the National Archives.”

President Roosevelt said of his investigation of claims against Senator Smoot, “I looked into the facts very thoroughly, became convinced that Senator Smoot had told me the truth, and treated him exactly as I did all the other Senators—that is, strictly on his merits as a public servant.”

Another publication quoted him saying, "By all that's holy, I say to you that Reed Smoot is entitled to his seat in the Senate under the Constitution, and the fact that he is a high church officer makes no difference. I shall do all in my power to help him retain his seat" (Carmack, Tolerance).

Smoot's unreproachable character and President Theodore Roosevelt's support caused the Senate to vote for Smoot to maintain his seat. This presidential support was a "major turning point in the development of the relationship between the Church and the American public," Winder writes.

President Roosevelt visited Utah on numerous occasions, complimenting and speaking to the Saints. In his 1903 visit, he told the citizens, "You took a state which at the outset was called after the desert, and you literally—not figuratively—you literally made the wilderness blossom as the rose."

President Roosevelt welcomed and spoke with Church leaders on many occasions, and he even visited with missionaries during a public parade in Tenessee in 1907. These events helped bring the Church and missionary work out of obscurity while also dispelling rumors about and fear of the faith.

During a time of public scrutiny and criticism of the Church, President Roosevelt spoke out adamantly about Latter-day Saints' religious freedom. "The Mormon has the same right to his form of religious belief that the Jew and the [mainstream] Christian have to theirs," he said.

After President Roosevelt's death, Elder Richard R. Lyman spoke of this beloved leader in general conference, saying, "I recognized, long before the death of Theodore Roosevelt, that the Lord raised him up to stir the hearts of men to civic righteousness, as perhaps no man could have stirred them."