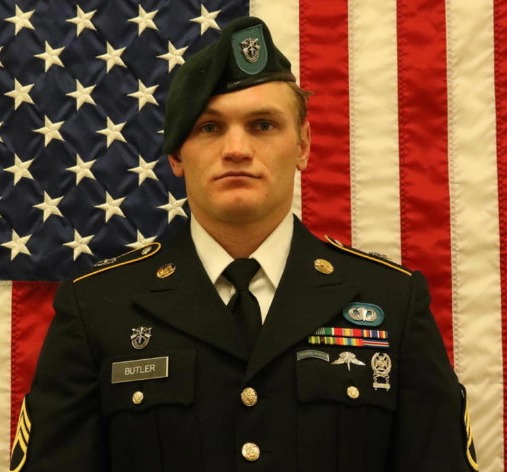 Father of LDS Fallen Soldier: Because of Jesus Christ, I Will See My Son Again

“Aaron will live through me; I will honor him. And every day that I do, anyone I come in contact with will know who he was, and what he did, and how much he meant to everybody,” Aaron Butler’s fiancée, Alexandria Seagroves, said.

An LDS solider who was killed in action Aug. 16 in Afghanistan was remembered by those who knew him best as a brave patriot, champion athlete and loyal friend who gave his life defending others.

A native of Monticello, Utah, Butler, 27, was laid to rest Aug. 26 in his hometown following funeral services in the meetinghouse he grew up attending. The building was filled to capacity by loved ones, friends and military associates.