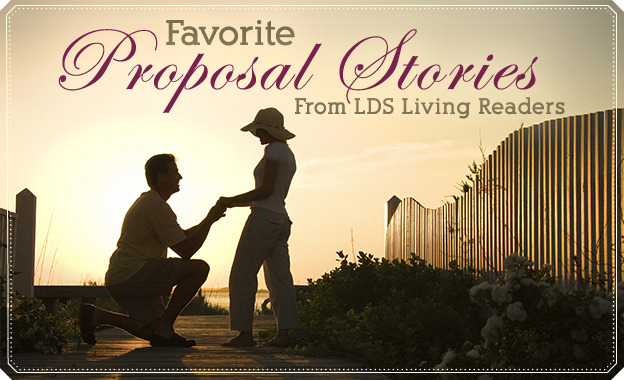 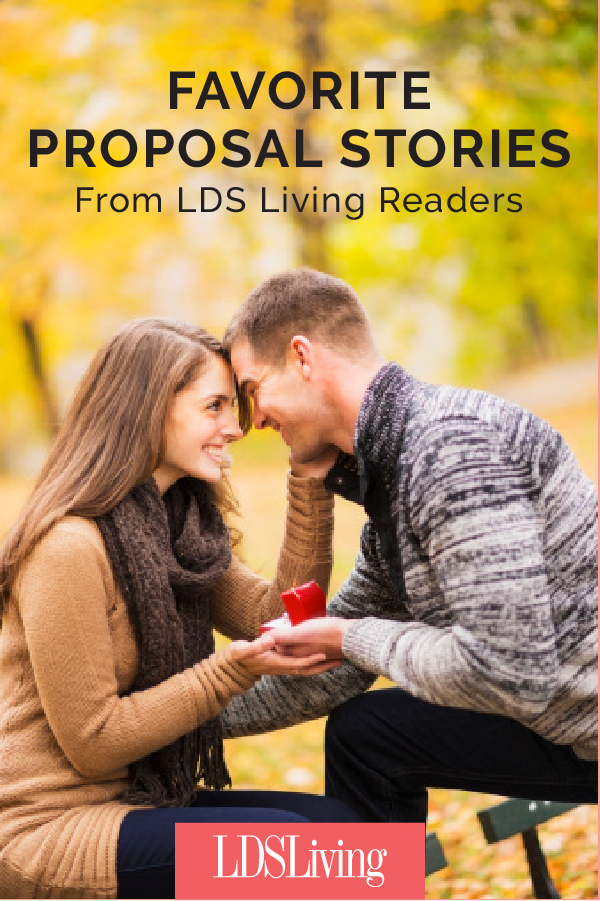 “My husband and I were visiting Put-In-Bay in Ohio and decided to go sit by the water before the sunset. While skipping rocks, he asked me how much I loved him, and I responded with, ‘Enough to marry you.’ Right then, he pulled out the ring and asked me to marry him. I couldn't have imagined it happening any other way.”
--Stasia Leigh Charter

“My husband Kevan proposed to me while we were watching movies in the day room of our Air Force dorms, with a ring he got in Hawaii as a kid. He put a piece of masking tape on it so it would fit. We only had a few days to get married if we wanted to get stationed together. He's lucky I loved him so much.”
--Logan White

“My husband, of almost 20 years, proposed in front of his parents on Christmas Day. I think he was worried that either I'd say no if we were alone or that his parents would throw a fit if he told them without me there.”
--Lynelle Swensen

“My husband proposed to me at my work. He had arranged it with my boss ahead of time and all my coworkers knew what was coming that afternoon. It's a wonder any work got done that morning. He came in his dress blues, put the ring in front of me, proposed and then carried me out of the building. It was awesome! We were married 3 months later in the Dallas temple. 16 years later we are still going strong!”
--Rebecca Cox

“My husband proposed to me on the steps on Cinderella’s castle at Walt Disney World during the nighttime fireworks show, 1 month after returning home from his two year mission! It was PERFECT!”
--Christian McKay Egan

“It was Valentine’s Day, a leap year, and his 50th shortly after. I sent a bouquet of balloons with a single flower and a card that said 'will you marry me?' We have just celebrated five happy years together.”
--Lindsay Anforth

Did any of these stories remind you of your own proposal story? Good or bad, unique or traditional, planned or spontaneous, we want to hear your stories. And if you aren’t married, how do you want to propose or be proposed to? Tell us in the comments below!