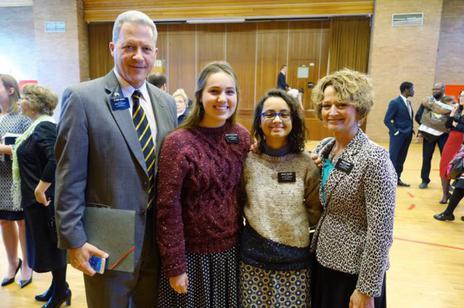 The Mormon missionary hurt worst in the March 22 Brussels airport bombing has returned to Utah, nearly three weeks after the return of two other Utah missionaries.

Elder Richard Norby, 66, of Lehi, Utah, flew Saturday on an air ambulance to the United States, accompanied by his wife, Sister Pam Norby. He was admitted to Salt Lake City’s University of Utah Medical Center to receive ongoing care for burns and shrapnel wounds suffered in the blast.

On Saturday, the Norby family released a statement that read:

"Elder Richard Norby has made positive strides in his recovery over the past many days. His feeding tube was removed earlier this week and he is enjoying solid foods again. He is more alert and has repeatedly thanked his Belgian medical staff for their care and concern.

"On Saturday, April 16, 2016, twenty-six days after the Brussels terrorist attacks, Elder Norby, accompanied by his wife, returned to the United States on an air ambulance plane. He was admitted to the University of Utah Medical Center in Salt Lake City, Utah. He is receiving continued care for his burns and shrapnel wounds.

"As his family, we would like to sincerely thank the many nurses and physicians at the A.Z. Jan Portaels Hospital and the Queen Astrid Military Hospital that have cared for our husband and father with sympathy, professionalism, and love over these many weeks. You have become our friends and answers to our prayers. At the time of this next step in his care, we are still very mindful of the many other victims and families that are suffering and in mourning. You remain in our prayers."