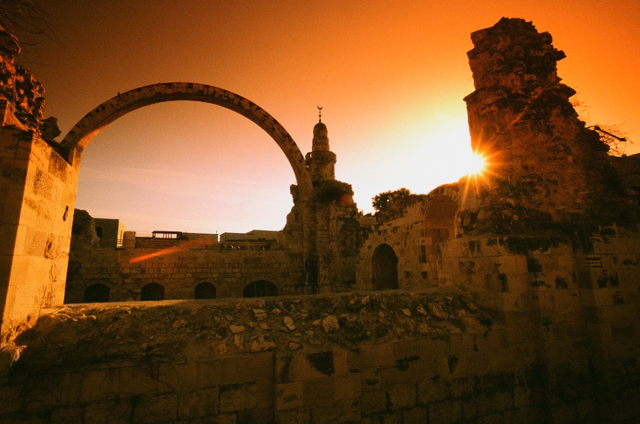 Some critics argue that Biblical scholars have created the historical Jesus in their own image. A small number of scholars believe the gospel accounts are so mythical in nature that nothing, including the very existence of Jesus, can be determined from them.

An interest of mine in traveling to the Holy Lands is finding historical evidence of  individuals and events from the Bible.

Most scholars questioned the actual existence of a Roman Governor with the name Pontius Pilate, the procurator who ordered Jesus' crucifixion. Similarly they questioned the historical reliability of the Gospels. However in June 1961, Italian archaeologists… were excavating an ancient Roman amphitheater near Caesarea-on-the-Sea.  They uncovered a limestone block. On the face was an engraved inscription which is part of a larger dedication to Tiberius Caesar which clearly says that it was from "Pontius Pilate, Prefect of Judea." This was a significant development in the quest for the historical Jesus, as scholars have confirmed the inscription to be authentic. (R. Russell, Fallen Empire, Bible History, 2010. p 1-2)  Fun For Less tours to Israel takes you to see the stone and the remnants of Pilate’s Palace.

In Jerusalem recently, the remains of a crucified individual was found. The bones were preserved in a stone burial box called an ossuary and appeared to be those of a man about 5 feet, 5 inches tall and 24 to 28 years old. His open arms had been nailed to the crossbar, in the manner similar to that shown in crucifixion paintings. The knees had been doubled up and turned sideways, and a single large iron nail had been driven through both heels. The nail -- still lodged in the heel bone of one foot, though the executioners had removed the body from the cross after death -- was found bent, apparently having hit a knot in the wood. The shin bones seem to have been broken, corroborating what the Gospel of John suggests was normal practice in Roman crucifixions, that of breaking the legs of the crucified to expedite death. (U.S. News & World Report, Oct. 25, 1999)

To read the rest of this article, click here.