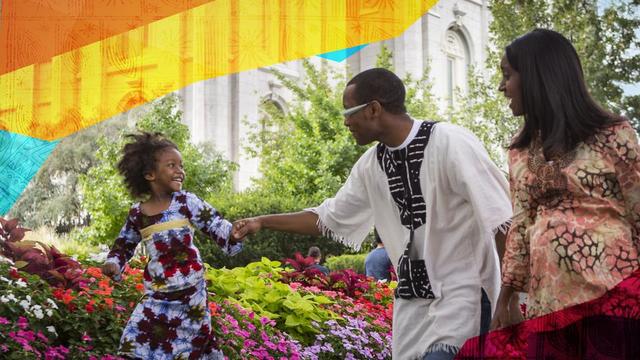 On June 1, 2018, a worldwide celebration will be held celebrating the 40 year anniversary of the 1978 revelation that extended the priesthood to all worthy male members of the Church. The First Presidency announced the celebration on April 9, which will be held in Salt Lake City.

Mormon Newsroom states, "Forty years ago, President Spencer W. Kimball announced that the blessings of the priesthood would be extended to all of God's children everwhere in the world. The worldwide celebration will be broadcast from the Conference Center on Temple Square, Friday, June 1, 2018, at 7:00 p.m. Details will be announced at a later date."

The Church's groundbreaking essay "Race and the Priesthood" clarifies the history behind this revelation:

This “revelation on the priesthood,” as it is commonly known in the Church, was a landmark revelation and a historic event. Those who were present at the time described it in reverent terms. Gordon B. Hinckley, then a member of the Quorum of the Twelve, remembered it this way: “There was a hallowed and sanctified atmosphere in the room. For me, it felt as if a conduit opened between the heavenly throne and the kneeling, pleading prophet of God who was joined by his Brethren. … Every man in that circle, by the power of the Holy Ghost, knew the same thing. … Not one of us who was present on that occasion was ever quite the same after that. Nor has the Church been quite the same.”22

Reaction worldwide was overwhelmingly positive among Church members of all races. Many Latter-day Saints wept for joy at the news. Some reported feeling a collective weight lifted from their shoulders. The Church began priesthood ordinations for men of African descent immediately, and black men and women entered temples throughout the world. Soon after the revelation, Elder Bruce R. McConkie, an apostle, spoke of new “light and knowledge” that had erased previously “limited understanding.”23

Today, the Church disavows the theories advanced in the past that black skin is a sign of divine disfavor or curse, or that it reflects unrighteous actions in a premortal life; that mixed-race marriages are a sin; or that blacks or people of any other race or ethnicity are inferior in any way to anyone else. Church leaders today unequivocally condemn all racism, past and present, in any form.24

Since that day in 1978, the Church has looked to the future, as membership among Africans, African Americans and others of African descent has continued to grow rapidly. . . .The Church proclaims that redemption through Jesus Christ is available to the entire human family on the conditions God has prescribed. It affirms that God is “no respecter of persons”25 and emphatically declares that anyone who is righteous—regardless of race—is favored of Him. The teachings of the Church in relation to God’s children are epitomized by a verse in the second book of Nephi: “[The Lord] denieth none that cometh unto him, black and white, bond and free, male and female; … all are alike unto God, both Jew and Gentile.”26

So mark your calendars and prepare to celebrate this marvelous landmark in our Church history.