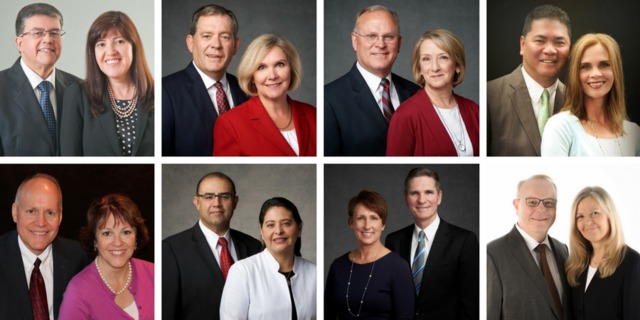 The first presidency has called eight new mission presidents to serve around the world, from Barbados to Denmark to Samoa.