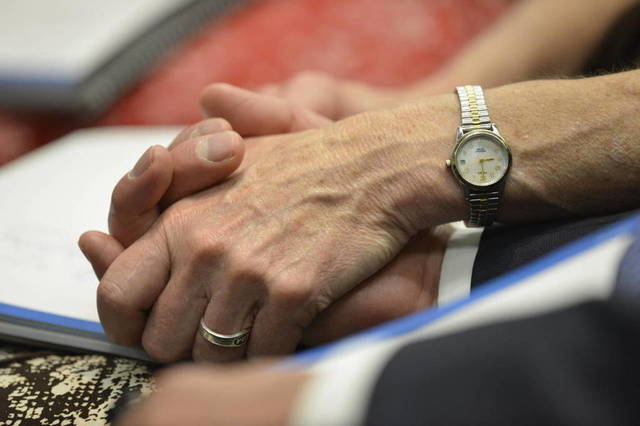 The following eight new mission presidents and companions have been called by the First Presidency. They will begin their service in July.

Sister Fatani is a former ward Young Women president. She was born in Ha’ateiho, Tongatapu, Tonga, to Sione Taulanga Vake and ’Akanesi Paletu’a.

Lead image: A mission president and his wife hold hands during a session of the 2014 Seminar for New Mission Presidents. Photo: Welden Andersen, IRI.