From Mexico to Nigeria and South Carolina to Guam, the First Presidency has called eight new mission presidents and their wives to serve in countries around the world. They will start their service in July. 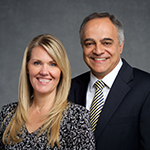 Carlos Hugo Assante, 61, and Sandra Lee Nelson Assante have six children and are from the Red Mountain Ward, Mesa Arizona Red Mountain Stake. They have been called to the México Guadalajara East Mission, succeeding President Jack B. Egginton and Sister Melinda Egginton. Brother Assante serves as a ward mission leader and is a former stake presidency counselor, bishopric counselor, high councilor, ward Young Men president, and missionary in the Argentina Rosario Mission. He was the director of medicare sales, Tenet Healthcare. He was born in Buenos Aires, Argentina, to Jose Vicente Assante and Nelly Dora Assante.

Sister Assante serves as a Primary pianist and is a former stake Young Women and Primary presidency counselor, ward Young Women president, and Relief Society teacher. She was born in Portland, Oregon, to John Andrew Nelson and Dorine Nelson. 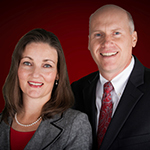