From Moldova to Argentina and Sweden to the U.S., learn more about the new mission president and their wives called by the First Presidency. 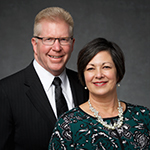 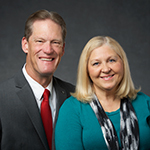