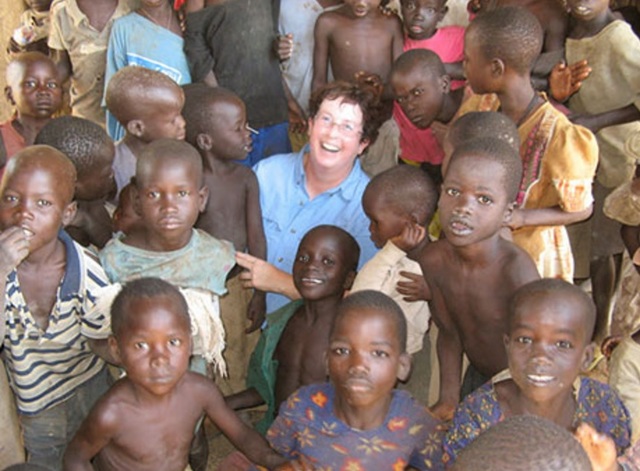 Following God's Plan: How a Latter-day Saint Woman Ended Up in a War-Torn Country Instead of Her Planned European Vacation

When Liz Shropshire saw a round-trip airline ticket to Brussels, Belgium, for $135, she had no way of knowing that in a few months she would be witnessing first-hand the unthinkable results of mass slaughter while sleeping on the hard floor of a former brick factory, now a displacement camp. She had no way of knowing that maybe this was a way God provided for her to discover her calling in life.

Moments after seeing the airfare to Brussels, Shropshire bought it, thinking this could be an affordable way to visit Austria, a lifelong dream of the composer and music teacher from Los Angeles. But Shropshire never made it to Austria.

Before leaving for her trip in 1999, Shropshire heard news reports about the thousands slaughtered in Kosovo in what the United Nations Supreme Court labeled a "systematic campaign of terror."

During the war, 90 percent of the Kosovar population was displaced, and Shropshire couldn't bear to hear about the murder, suffering, and pain these refugees endured. She knew she had to do something.

So Shropshire used her plane ticket to make her way into Kosovo, enlisting with non-profit organizations bringing relief to refugees from the war.

But before she left, one of Shropshire's good friends, Heawon Paick, told Shropshire, "Don’t be stupid Liz. Don’t just go to go. Go to do what you do best." 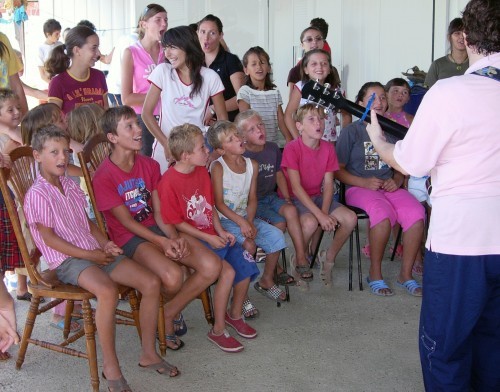 That's when Shropshire decided she would bring a music program to the Kosovo children half a world away who had nothing to call their own.

With the help of her ward and other fundraising, she brought eight duffle bags stuffed with 140 harmonicas, 130 penny whistles, 50 pairs of drumsticks, and other music supplies to Kosovo with her. 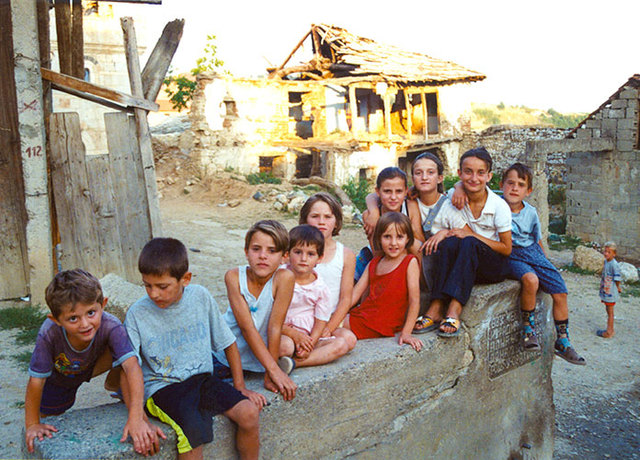 Shropshire prayed and prayed before leaving for the war-torn country, never receiving an answer whether this was the right decision. Before leaving, she received a blessing, "and the only thing I wanted the blessing to say was I was going to be safe," Shropshire says. "I’d never been in a place like this. The war in Kosovo had only been over for a month, so that was all I wanted the blessing to say, and it didn’t say that. But it said the instruments I was taking would all be safe and they were all going to get where they were supposed to be and none of them would be stolen. And so I thought, 'That’s kind of weird.'"

But later, that blessing brought great comfort to Shropshire as she waited for her instruments to arrive at the camp where she was volunteering. The instruments were supposed to arrive just a few days after Shropshire, but one week passed, then two. Nothing.

Finally, Shropshire was able to get ahold of the van bringing her instruments using a U.N. radio, and she learned what the blessing had promised all along. They were coming. "It was so nice that I had received that blessing because I never for one second worried that something was going to happen," Shropshire says.

Each day, Shropshire's music classes grew as she taught nine classes six days a week in a nearby school and refugee camp. Shropshire expected to stay in Kosovo for three weeks, instead, she volunteered six weeks and only returned because she had run out of money and would lose her job otherwise.

"When I went to tell the kids I was leaving, they began crying. I had seen these kids re-enact executions with real guns—a little boy holding up a real gun to his little sister’s head and going 'bang, bang.' [And kids] re-enacting all these awful things they had seen. I’d seen children attack adults. But I had never seen them cry until I told them I was leaving," Shropshire says. "And they started crying and said, 'You can’t take this away from us. This is the only thing for us.'"

It was then Shropshire realized the hope this music brought to the children's lives. Though she had no funds and no way of knowing how, Shropshire promised the children she would return. 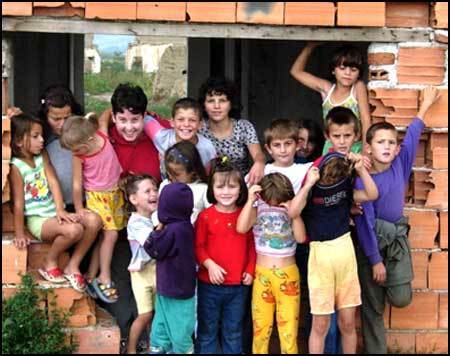 The Lord Provides a Way

While telling of her experiences at a fireside back in Los Angeles, Shropshire ended with, "I've got to get back to these kids. I just don't know how."

After the meeting, a lawyer and accountant from her stake offered to help Shropshire establish a non-profit of her own, free of charge. And that's when the Shropshire Music Foundation began.

Shropshire wanted to name the program after the children in Kosovo, but she remembers one of her friends pointing out, "You’re not going to stop at Kosovo. You’ve found your life."

Since that time, the grassroots charity has been operating for 18 years and spread to four countries while working with refugees from all over the world. 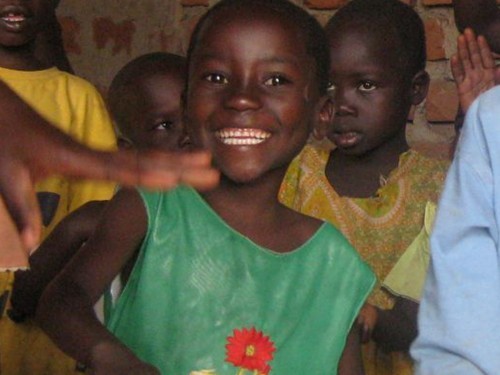 After the devastating civil war in Uganda, many child soldiers or children of the young girls and women kidnapped and raped by soldiers during the war were left with no money, no homes, and no skills. In addition, the rest of the community looked down on them. But one school in Uganda took in these homeless children, and the director reached out to Shropshire, asking if she would come teach the children music at the school and in displacement camps.

"Within a year, she said, 'People used to look down on us and now they are envious of us because we have the music. Our kids are singing everywhere they go,'" Shropshire remembers. In 2016, Shropshire held her first music concert in Uganda, and over 400 people participated.

The program has also spread into Greece and Ireland.

"The biggest long-term effect of war on children is that they believe that nothing that they do matters because they’ve tried at the beginning of the wars and either things got worse because they tried or they didn’t get better. So they become hopeless," Shropshire says. "These kids are so full of hate and they have so much reason to hate; reasons I will never have. It’s all based on fear, but if they don’t lose their hate, they’ll never be free."

That's why the aim of her program " isn’t to create an amazing musician. The goal is to help kids realize who they really are and what they can accomplish and that they have so much power in themselves to make choices," Shropshire says.

While at the start of the program Shropshire envisioned hiring teachers and obtaining resources to help the foundation grow, she realized Heavenly Father had a different plan.

"It’s very different than what I envisioned it being. It’s so much better, and I honestly can’t take credit for it, because it’s not me," Shropshire says. "It's Heavenly Father." 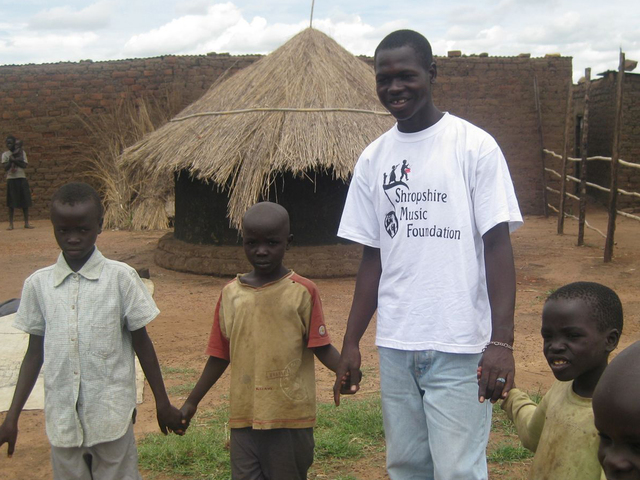 The Shropshire Music Foundation continues to grow entirely based on volunteer work, and most of it comes from teenage refugees. It all began in Kosovo, when a 12-year-old offered to translate during Shropshire's classes. The next year, the same girl offered to help Shropshire, but there were too many children coming to classes to accommodate them all. That's when Shropshire decided instead of teaching music, she could teach others in the community how to teach.

And who better than teenagers. 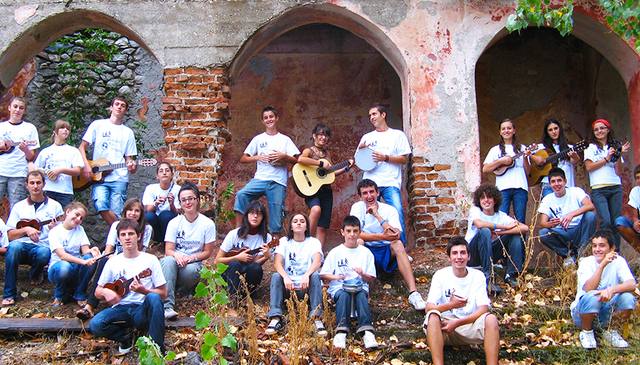 "As soon as the teenagers take over, everything changes because it doesn’t matter where you live in the world or what your religion is, teenagers are cool. And there is something super powerful about teenagers caring about you as a child," Shropshire says. But the program hasn't been the only thing to be transformed.

"I notice a huge change in the children and the teenagers," Shropshire says. "They lose the hatred; they lose this anger that is just all over them. But the teenagers is where I see the big change. They go from being a victim to being an agent of change. And these teenagers go on to become leaders in their schools and in their communities."

One day while in Kosovo teaching the kids how to play penny whistles, Shropshire watched an old man come over, pick up a whistle, and start "going to town." Shropshire couldn't believe this old, 80-year-old, Kosovo refugee was playing an instrument she had randomly chosen to bring from Ireland. After asking where he learned how to play the penny whistle, the man explained he hadn't. He knew how to play the kaval, a Kosovar instrument, but virtually all had been destroyed in the war. But then the man explained the fingering for the penny whistle was identical to the kaval. "So this whole generation of kids is learning how to play an instrument that is native to their culture," Shropshire says, realizing that this event couldn't be a random act or coincidence. 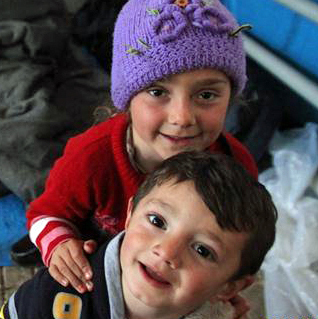 Another miracle Shropshire discovered is that when children participate in the program, it's physiologically impossible for them to hold onto their hatred. "The first note you learn on the penny whistle is this low do and you have to blow and relax, so they have to physically make their bodies relax to play it," Shropshire says. "Within three or four classes, I notice a huge change in the children and the teenagers."

Though Shropshire understands she is changing lives through music, seeing such hatred and atrocities in the world leaves an impact.

"At about three years into the program, I did hit a wall where I would come home to America and cry," Shropshire remembers. "I would wake up crying. My cat injured a bird, didn’t even kill it, and I spent three hours crying."

That's when she began to post scriptures, pictures of Christ, and uplifting quotes on her wall to remind her on a daily basis of the source of her strength.

"Prayer is just an absolute lifeline for me. I could not do this without the scriptures and without prayer," Shropshire says.

Often those prayers and the reminders of God's love have come from outside sources, particularly those of other faiths. After attending prayer meetings and other services when there are no Latter-day Saint services available, Shropshire says, "I am so blown away with how much more similar we are than we often realize." 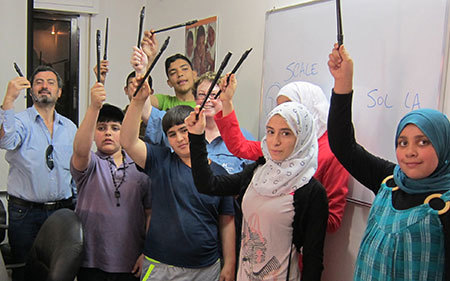 One time, after eating dinner with another Christian couple, Shropshire recalls, "I just said, 'I am really struggling. Will you guys pray for me?' And they just started praying right there on the porch."

Though encountering tanks in streets, towns reduced to rubble, and children who've lost all reason for hope can be difficult, Shropshire has found that the terrors and inhumanity in the news don't overwhelm her anymore. 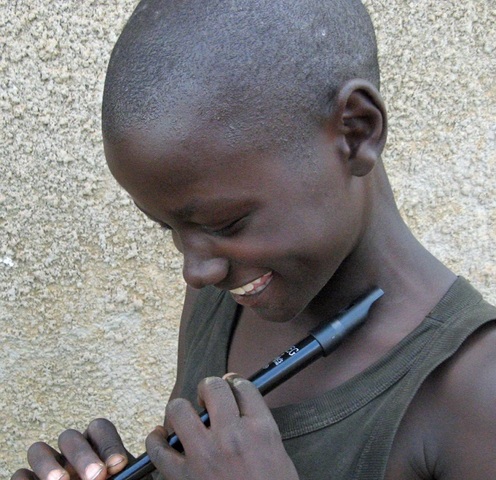 "The difference is I am a player now. I am only doing this teeny tiny thing, but I am doing what I can do. And doing that one little thing means that I can have peace inside about what is going on in the world," Shropshire says. "I can’t fix any of the big stuff. I have no power, but I can help these children who eventually are going to have power and are going to be movers and shapers in their community and that is what my driving force is.This one little thing that I can do, I just do it with everything that I have in me and then give it to God."

She continues, "The biggest thing that I have learned since [starting this program] more than anything else is how much God loves His children and that He loves all of them no matter what side of the war they are on."

All images courtesy of Liz Shropshire