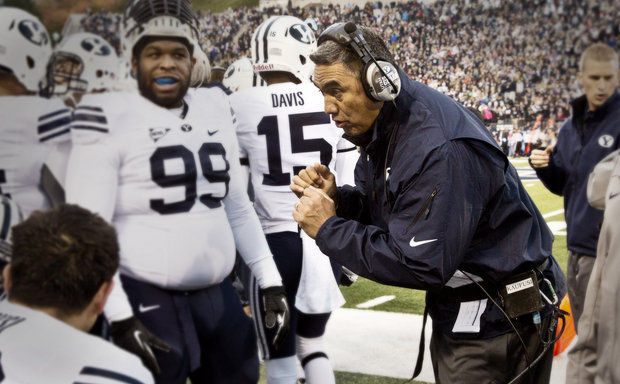 Steve Kaufusi knows how hard a Mormon mission can be on football players and coaches.

Now in his 13th year as Brigham Young University's defensive line coach, Kaufusi says coaches are taking a risk in recruiting men who plan to delay playing football for two years as they evangelize for the Mormon church. Players come back out of shape and, at times, less committed to football.

But when Kaufusi was a teenager, he wanted to serve his mission, too. He spent two years in his native Tonga, going door to door trying to persuade strangers to give their lives to Jesus Christ. It was tough work. And when Kaufusi meets a football standout who wants to go on the mission, too, he supports him.

Read the rest of this story at www.oregonlive.com