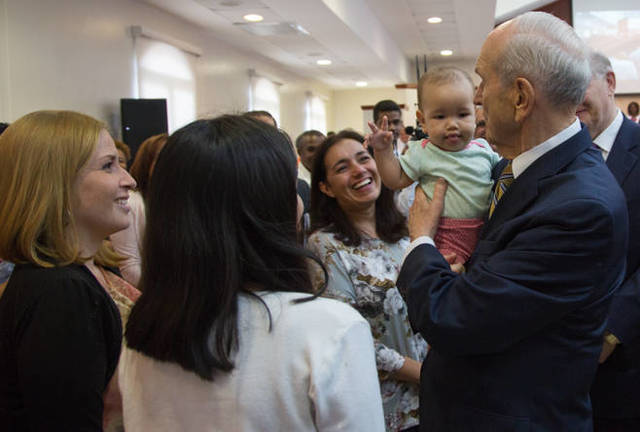 “No matter how good you think he is, he’s better,” Elder Dale G. Renlund said of our prophet after traveling with him to the Dominican Republic.

A simple phrase, translated: “With your permission, I would like to speak in Spanish.”

But when uttered by President Russell M. Nelson on Sept. 1 to a standing-room only audience of Dominican Latter-day Saints, those words assumed unexpected, even historic significance.

They marked the beginning of what’s believed to be the first time a Church president delivered an extended message in a language other than English.