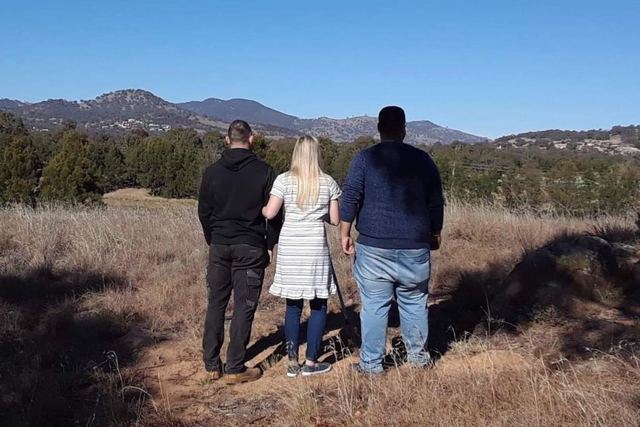 Former Missionary United with Driver Who Nearly Killed Her

Sister missionary Kendal Levine parked her car 15 feet off the side of the road.

She got out, walked a little farther into the Australian brush to get a good picture of a double rainbow.

Moments later, she was catapulted 30 feet and pinned under a 4,000-pound automobile.

It was September 5, 2014, and by all means, what happened that day was a freak accident. A taxi driver had fallen asleep at the wheel, drifted off the road, and hit the then-20-year-old missionary. He was driving about 35 miles per hour at the time, though Levine didn't have so much as a broken bone from the impact.

But she did suffer a traumatic brain injury that was so severe doctors at the Canberra Hospital told Levine's family Levine would never be able to talk, let alone walk, again.

Five years later, Levine does both and so much more.

► You'll also like: Former Missionary Finishes Ragnar Race After Car Accident on Her Mission Left Her Unable to Move

Though Levine has defied the odds during her recovery, what she wanted to say to the driver who hit her was equally as astonishing.

"I want to thank him," she told the Deseret News.

► You'll also like: Missionary Hit by Car Wants to Meet the Man Who Hit Her

This response seems particularly odd considering the countless hours Levine has spent and continues to spend in grueling, agonizing physical therapy relearning how to do everything.

But previously, Levine's family had penned a letter to the judge over the case asking that the driver not be sentenced with jail time.

Ultimately, the driver lost his license and received a fine but wasn't sentenced to prison time, according to abc.net.au.

And, five years after the accident, the Vineyard, Utah, native continues to harbor no ill will as she met with the driver in Australia.

"I wasn't scared," Levine told abc.net.au about the experience. "It was good to let [the driver's family] know that we're not mad at them at all."

According to Deseret News, Levine and her family see the accident as something that has helped her continue her missionary service in a different way. Since the accident, Kendal has become a public speaker and was a keynote speaker at Time Out for Girls.

"If it wasn't for him hitting me that day, I wouldn't be able to continue my missionary work the way I have. I don't want him to feel bad about it, because greater things have come of it," Levine told the Deseret News.

While in Australia, Levine also met with the medical team and bystander who helped her after the accident, who Levine credits with saving her life.

"It's gratifying seeing her now. We constantly get exposed to the worst of everything so it's nice to see someone recover," intensive care specialist Sean Chan said, according to abc.net.au. "It's nice to see there's a reason we do what we do."

Levine says she hopes that the visit with the driver and people who saved her life will bring back some of the memories of that day as she continues to recover.

Lead image of Levine with the taxi driver and the bystander who helped save her life; retrieved from abc.net.au.