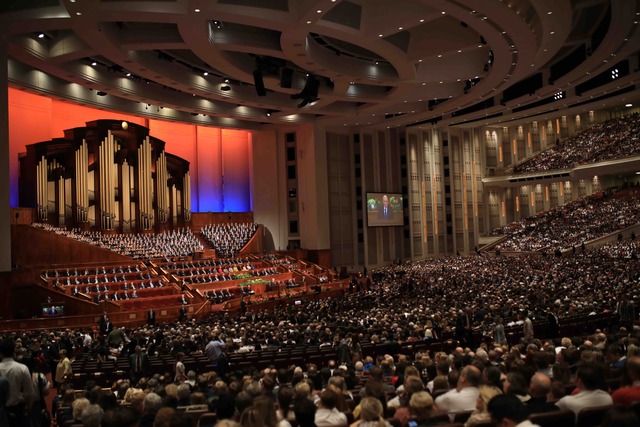 Found in the Footnotes: Why I Love the 532 Footnotes from October General Conference

Editor's Note: Our new weekly Friday column, “Found in the Footnotes,” will explore some of the footnotes from remarks given by General Authorities and general officers of  The Church of Jesus Christ of Latter-day Saints.

In April 2017, I embarked on a project to find out which verse of scripture was the most referenced during general conference. My plan was to memorize the verses quoted the most by the General Authorities and general officers of the Church prior to the next session of conference in October.

As I started diving into the footnotes, not only did I find scripture references—I found profound insights. There were entire stories in the footnotes that touched my heart and made me love the conference talks even more.

Ever since then, as soon as the text to general conference talks is made available online, I start digging through the footnotes.

Footnotes Aren't New, But Their Promise Is Great

Footnotes aren't new to conference, but there was a time when they were new to the standard works.

In 1972, the Bible Aids Committee embarked on the task of linking together the King James Version of the Bible to the Book of Mormon, the Doctrine & Covenants, and the Pearl of Great Price. The committee included Elders Thomas S. Monson,  Boyd K. Packer, Marvin J. Ashton, and Bruce R. McConkie.

This committee recommended that the Latter-day Saint edition of the Bible “(1) should contain cross-references to all the standard works, (2) should have chapter headings which emphasized the doctrinal content, (3) should utilize the Joseph Smith Translation, and (4) should contain some type of subject index,” according to the Ensign.

The final result is what we recognize today as the standard works, filled with foot-notes, cross-references, a topical guide, a Bible Dictionary, maps, and additional information.

"With the passing of years, these scriptures will produce successive generations of faithful Christians who know the Lord Jesus Christ and are disposed to obey His will," Elder Packer said in general conference. ". . . . The revelations will be opened to them as to no other in the history of the world. Into their hands now are placed the sticks of Joseph and of Judah. They will develop a gospel scholarship beyond that which their forebears could achieve. They will have the testimony that Jesus is the Christ and be competent to proclaim Him and to defend Him."

In 2007, Elder David A. Bednar of the Quorum of the Twelve Apostles explained how we are the generation Elder Packer spoke of decades earlier.

"Twenty-four years have passed since Elder Packer spoke those words," Elder Bednar said. "And the generation to which he was referring is seated tonight in Church buildings all across the globe! He was talking about you, and he was talking about me. The vast majority of you have only known the scriptures as we have them today. . . . Not only are we blessed to have these scriptures so readily available to us today, but we also have the responsibility to use them consistently and effectively and to drink deeply from the reservoir of living water. "

So let us drink deeply from the scriptures. In the footnotes I have found the Lord and I hope this column will help you find Him, too.