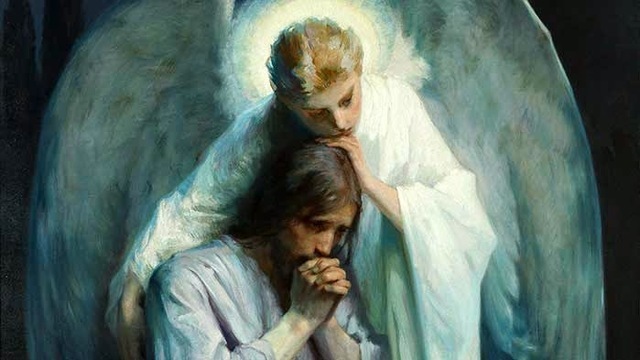 From Gethsemane to Golgotha: President Nelson's Beautiful Insights into the Savior's Atonement

Throughout his service in the Church, President Nelson has provided profound insight into our Savior and His Atonement. Here is a small portion of those insights, excerpted from the new book Teachings of Russell M. Nelson.

This is part of an ongoing series where we highlight the teachings of our prophet weekly.

Meanings of the Word Atonement

Let us . . . ponder the deep meaning of the word atonement. In the English language, the components are at-one-ment, suggesting that a person is at one with another. Other languages employ words that connote either expiation or reconciliation. Expiation means “to atone for.” Reconciliation comes from Latin roots re, meaning “again”; con, meaning “with”; and sella, meaning “seat.” Reconciliation, therefore, literally means “to sit again with.”

Rich meaning is found in study of the word atonement in the Semitic languages of Old Testament times. In Hebrew, the basic word for atonement is kaphar, a verb that means “to cover” or “to forgive.” Closely related is the Aramaic and Arabic word kafat, meaning “a close embrace”—no doubt related to the Egyptian ritual embrace. References to that embrace are evident in the Book of Mormon. One states that “the Lord hath redeemed my soul . . . ; I have beheld his glory, and I am encircled about eternally in the arms of his love” (2 Nephi 1:15). Another proffers the glorious hope of our being “clasped in the arms of Jesus” (Mormon 5:11).

I weep for joy when I contemplate the significance of it all. To be redeemed is to be atoned—received in the close embrace of God with an expression not only of His forgiveness, but of our oneness of heart and mind. What a privilege! (“The Atonement,” Ensign, November 1996)

Ways the Savior's Atonement Is Infinite

Jesus was the only one who could offer such an infinite Atonement, since He was born of a mortal mother and an immortal Father. Because of that unique birthright, Jesus was an infinite Being. (“The Atonement,” Ensign, November 1996)

It is doctrinally incomplete to speak of the Lord’s atoning sacrifice by shortcut phrases, such as “the Atonement” or “the enabling power of the Atonement” or “applying the Atonement” or “being strengthened by the Atonement.” These expressions present a real risk of misdirecting faith by treating the event as if it had living existence and capabilities independent of our Heavenly Father and His Son, Jesus Christ.

There is no amorphous entity called “the Atonement” upon which we may call for succor, healing, forgiveness, or power. Jesus Christ is the source. Sacred terms such as Atonement and Resurrection describe what the Savior did, according to the Father’s plan, so that we may live with hope in this life and gain eternal life in the world to come. The Savior’s atoning sacrifice—the central act of all human history—is best understood and appreciated when we expressly and clearly connect it to Him. (“Drawing the Power of Jesus Christ into Our Lives,” Ensign, May 2017)

Beautiful Symbolism from Gethsemane to Golgotha

In the Holy Land, olive trees are special. The olive branch is universally regarded as a symbol of peace. This tree provides food, light, heat, lumber, ointments, and medicine. It is not a deciduous tree, but everbearing—always green. Even if the tree is chopped down, life will spring from its roots, suggesting everlasting life. Jewish tradition often refers to the olive tree as the tree of life. To me it seems to prefigure the Resurrection.

Jesus came to the base of the Mount of Olives to effect the first component of the Atonement. This He did at the Garden of Gethsemane. The word Gethsemane comes from two Hebrew roots: gath, meaning “press,” and shemen, meaning “oil,” especially that of the olive.

Jesus was accorded titles of unique significance. One was the Messiah, which in Hebrew means “anointed.” The other was the Christ, which in the Greek language means “anointed” as well. In His day and now in ours the ordinance of administration to the sick includes anointing with consecrated oil of the olive.

When this ordinance is performed, remember what that original consecration cost. Remember what it meant to all who had lived and who would yet live. Remember the power of healing, soothing, and ministering to those in need. Remember the body of the olive which was pressed for the oil that gave light. So the Savior was pressed. From every pore oozed the lifeblood of our Redeemer. Throughout the days of your [life], when your cup of gladness runs over, remember His cup of bitterness made it possible. And when sore trials come upon you, remember His torturing trial at Gethsemane.

His Atonement was completed on the cross. Hours before that was accomplished, Barabbas was released and, in his stead, Jesus the Christ was consigned to the cross. Ironic it is that Barabbas in local language translated literally means, “son of the father.” While Barabbas was released, the true Son of the Eternal Father was condemned to death (see Matthew 27:17–23).

Pilate delivered the Lamb of God to be crucified at the very time Paschal Lambs nearby were being prepared for sacrifice (see John 19:13–14).

The Crucifixion took place on a hill called Golgotha (Greek) or Calvary (Latin), meaning “the skull.” The skull symbolized death. There on the cross, the Savior of the world was lifted up over “death” (the skull), in the greatest of all possible significance—the realization and reality of the Lord’s power over death. (“Why Palestine?” Missionary Training Center, October 11, 1994) 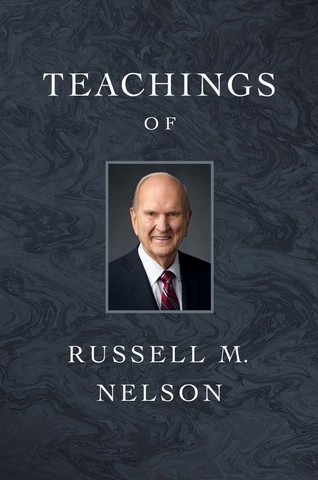