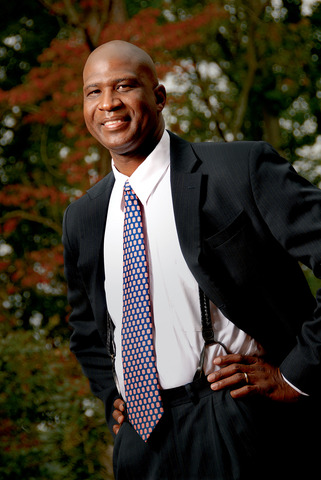 *Editor's Note: This is a republication of an article written in 2011, prior to the release of the Church's essay "Race and the Priesthood" in 2013.

The Church’s history regarding blacks is long and complicated. And while some people—members and nonmembers alike—may struggle to come to terms with past events, I am not one of them. These are some of my personal experiences as an African American Latter-day Saint, and why I believe the color of my skin is a gift from God.

I cannot remember a time when I did not believe in God. Some of my earliest memories involve going to Shiloh Baptist Church in Norfolk to see and hear Granddaddy, my paternal grandfather, the son of an emancipated slave, preach his sermons. He died in February 1962, and his passing was the first time I experienced the death of a close loved one. His body lay in state at his home for several days for friends and members of his congregation to view. Not quite four years old, I found the custom quite eerie.

To my dismay, I soon became much more familiar with death, viewings, and funerals than I would have liked, as over the next 10 years I attended the funerals, in chronological order, of my mother (January 1965), my maternal grandfather (January 1967), my paternal grandmother (December 1968), and my father (July 1972). My maternal grandmother and all my great-grandparents had died before my birth; thus, shortly after my 14th birthday, I had no living forebears.

I introduce myself to you, the reader, on what may seem a sad note because those deaths and that 10-year period of my youth formed the essence of who I have become. They were also the catalyst to my acceptance, years later, of the restored gospel of Jesus Christ as taught to me by LDS missionaries. As I came to appreciate both my earthly and divine legacies, I also realized that who I came to earth to be, through the family bloodlines I acquired, was not by coincidence, nor of small consequence, for me, or to my Heavenly Father.

Growing up when I did, and where I did, was not coincidental either. Except for three aggregate years in Trenton, New Jersey, I lived all of my days prior to leaving on my LDS mission in either Virginia or North Carolina. As a product of the Civil Rights era, I remember experiencing segregation, prejudice, and overt acts of racism as a child and teenager. Throughout my entire life I have witnessed the struggles of my people.

The “Black Is Beautiful” cultural movement was in full swing by the time I became a culturally conscious teenager. Integration had become public policy within most of the South by 1976, America’s 200th birthday and the year I graduated from high school in North Carolina’s tobacco country. I did not pursue opportunities to attend a Historical Black College or University (HBCU), as had every prior college-attending relative, but chose instead to enroll at North Carolina State University in Raleigh. That choice turned out to be the seminal decision of my life.

Going to State allowed me the opportunity to learn how to successfully navigate life as a black male in a white man’s world—a skill set I have found very useful since joining the LDS Church and now residing in Utah. African Americans, and perhaps all other ethnic minorities in the U.S., must skillfully perform a critical navigation if they are to successfully assimilate into mainstream American life. That truth is even more real with regard to genuine and meaningful integration within the LDS Church. It is not “failing to be real” for the ethnic minority to fittingly act according to the cultural standards of the majority when she or he finds herself or himself in such a situation, just as it is not “selling out” to God for a Latter-day Saint to act differently, i.e., more reverently, in the temple as opposed to in one of the Church’s meetinghouses.

The LDS Faith and Mormon Folklore

I joined The Church of Jesus Christ of Latter-day Saints in August 1980, a week or so before the start of my last year of college at NC State. Two missionaries “tracted” me at my off-campus residence and two weeks later I got baptized. I chose to become a member of the LDS faith following a divine response to my sincere prayer, and because of the truthfulness of the Church’s doctrine, but certainly not because of any social or cultural benefit or advantage I expected to gain. Three hundred sixty-eight days after my baptism, I entered the MTC to begin my mission. Two years after that, in August 1983, I began law school as J. Reuben Clark Law School’s first black attendee. I became its first black graduate in 1986, and three years later (July 1989), I was ordained as bishop of the Bay Ward of the San Francisco California Stake, by then–Stake President Quentin L. Cook.

It was as a newly called bishop that I first learned of many of the rationales and myths put forth by LDS commentators and others regarding the Church’s historical relationship with blacks—namely its pre-1978 ban against black males receiving the priesthood and all blacks receiving the exalting ordinances available in the temple.

One time, two white, middle-aged sisters in the ward came to me with serious concern about the ways they perceived blacks had been treated by the Church. In an attempt to address their concerns, I researched the issues as best I could, which led me to an abundance of information. Some of it defended the Church, while other things I read severely criticized the Church and its leaders.

Over the years I gathered more and more information, and as I digested and pondered what I read, I often felt a spiritual emptiness or outright offensiveness to my spirit. Scripture study, more ponderings, and intense personal prayer led me to conclude that most of the commentary on both sides of the issue centered around a historical perspective or view toward the issues, which focused on how God’s children treated each other, or on what one of His children had said regarding the issue. It occurred to me that this approach might not be the more excellent way, particularly regarding the priesthood ban, since the priesthood is God’s, not man’s. I felt prompted to consider looking at the ban, and the lifting of the ban in 1978, from the perspective of how God has dealt and continues to deal with His children generally, and in particular, how He had apportioned the “right” of the priesthood in dispensations prior to our current one.

This provided me the foundation of true principles, which have developed into a sure testimony that allows me to distinguish, through the workings of the Holy Ghost, truth from error and fact from folklore. It has also permitted me the ability to recognize the sublime yet tremendous impact the 1978 revelation on priesthood had on the Church and on all God’s children, black or non-black, LDS or otherwise.