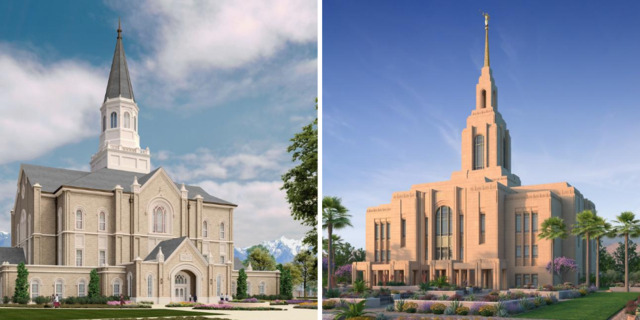 byNewsroom of The Church of Jesus Christ of Latter-day Saints | Aug. 13, 2020

The First Presidency of The Church of Jesus Christ of Latter-day Saints has announced groundbreakings for the Taylorsville Utah Temple and the Red Cliffs Utah Temple.

Exterior renderings have been released, showing the planned designs of the new temples. 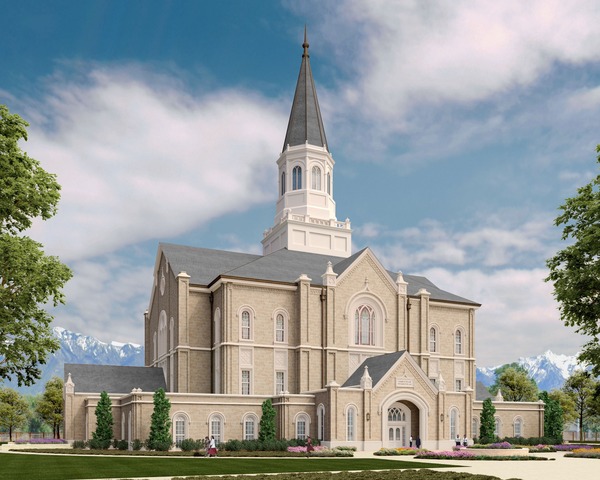 The groundbreaking ceremony for the Taylorsville Utah Temple will be held in October 2020.

Elder Gerrit W. Gong of the Quorum of the Twelve Apostles will preside at the event.

The Taylorsville Utah Temple will be built on a 7.5-acre site located at 2603 West 4700 South. The structure will be a three-story building of approximately 70,000 square feet, with a center spire.

The groundbreaking for the Red Cliffs Utah Temple will be held in November 2020.

Elder Jeffrey R. Holland, a member of the Quorum of the Twelve Apostles and native of St. George, Utah, will preside at the temple groundbreaking.

The Red Cliffs Utah Temple will be built on a 14-acre site located northeast of 3000 East 1580 South in St. George. The temple will be a three-story building of approximately 90,000 square feet.

On June 19, 2020, the First Presidency provided the official name of this future house of worship: the Red Cliffs Utah Temple.

Attendance at the groundbreaking ceremonies is by invitation only, because of local government social distancing guidelines. Photos and video of the event will be available to the media and public on Newsroom after the groundbreaking services.

The new temples were announced in October 2019 by Church President Russell M. Nelson. Utah has two dozen temples announced, under construction, under renovation or in operation. In addition to the temples in Taylorsville and St. George, temples have been announced in Orem, Syracuse and Tooele Valley.

There are more than 2.1 million Latter-day Saints in Utah, an amount just under two-thirds of the state’s population of over 3.2 million residents.

► You may also like: 3 ways I find hope as I wait for the temple doors to reopen